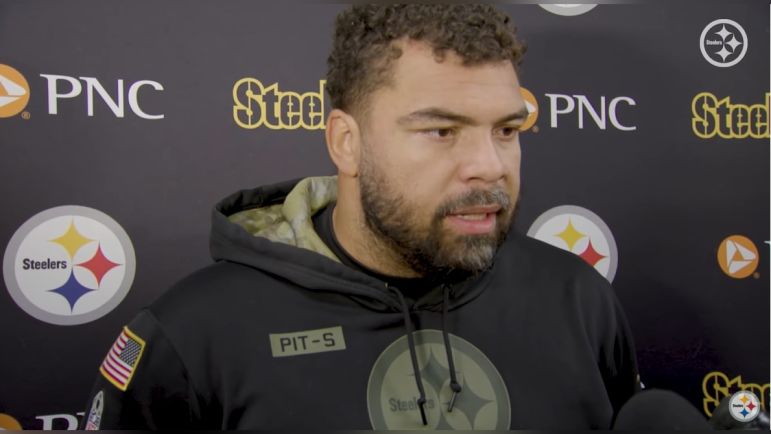 Cam Heyward has done pretty much everything a player can do in the NFL. Make the Pro Bowl, make the All-Pro team, become one of the most dominant players at his position. But he’s looking to tick another box off and it’s a big one. Throughout his time with the Pittsburgh Steelers, Heyward’s squads haven’t had much playoff success. Now about to turn 34, Heyward says there’s still time to change that story.

Speaking to the Pittsburgh Post-Gazette’s Ron Cook, Heyward said he wants to write a similar script as one Pittsburgh running back did nearly 20 years ago.

“I like to think I’ve still got time to change that,” Heyward told Cook. “I’m still grasping for more. I’m hopeful I can change that outlook and put that cherry on top. I think that’s what happened for Jerome [Bettis]…”

About the only success Heyward hasn’t had in Pittsburgh is playoff-related. He’s personally appeared in seven playoff games with an ugly 1-6 record, the only win he was part of coming in the 2015-2016 Wild Card game over the Cincinnati Bengals. Since, he’s gone 0-3, the Steelers making a run in 2016-2017 but one Heyward wasn’t part of, out for the year with an torn pec earlier in the year.

Of course, those failures don’t rest entirely on Heyward’s shoulders. It’s a team stat, not an individual, and he isn’t even a quarterback that dictates wins and losses as much as any position. But it’s the one thing Heyward has left to do and entering his mid-30s, he’s running out of chances.

As he alludes to, Jerome Bettis was in similar shoes. Always the bridesmaid, never the bride. Convinced to return for one more season, the Steelers went on a historical run in 2005, winning the Super Bowl as the 6th seed, upsetting the #1 Indianapolis Colts in the Divisional Game before beating the Seattle Seahawks for the franchise’s fifth Lombardi. Heyward would love to write another storybook ending. And on a personal level, a Super Bowl would help Heyward’s Hall of Fame resume, too. He told Cook he believes he’s on a Canton-bound path.

“I think I’m on track…I should be looked at as one of the top guys at my position.”

First, this current Steelers’ team is just trying to get back to the postseason and win a playoff game. They haven’t done the latter since 2016, the team’s longest drought since the late 60s-early 70s, and it’s the elephant in the room with this franchise right now. If Kenny Pickett proves to be the team’s next franchise quarterback, Pittsburgh will return to compete for a Lombardi but they’ll fight in a tough AFC with top quarterbacks and emerging stars like Patrick Mahomes, Josh Allen, Justin Herbert, Lamar Jackson, Joe Burrow, and Trevor Lawrence. Not an easy path to crack.

But nothing easy is worth doing, winning a Super Bowl certainly isn’t, so Heyward will aim for more playoff success starting next season. It’s another comment that solidifies the idea he isn’t retiring either, even if recent quotes seemed to flirt with the idea.