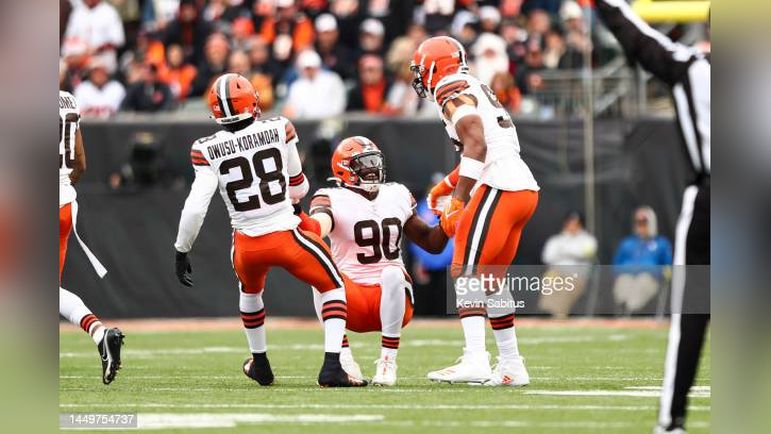 The Cleveland Browns have fired defensive coordinator Joe Woods. An expected move, the team made the announcement moments ago.

Joe Woods has been relieved of his duties as defensive coordinator. pic.twitter.com/m7nMjLGaTT

Woods’ final game came yesterday, losing 28-14 to the Pittsburgh Steelers. Pittsburgh’s 28 points were the most the team scored in a win all season. As has been the case for the Browns all year, their run defense struggled and they failed to get consistent pressure on the quarterback.

Cleveland hired Woods in 2020 and the team saw early success, making the playoffs his first year and defeating Pittsburgh in the Wild Card round. In 2021, the Browns finished 13th in points per game allowed. But they regressed this season, finishing 20th in that category with a sub-par run defense. Early in the season, the Browns’ secondary struggled to communicate, blowing coverages and allowing fourth-quarter comebacks that doomed their season.

A western Pennsylvania native, Woods worked with Mike Tomlin in Tampa Bay in 2004 and 2005. There, Tomlin served as the defensive backs coach while Woods was the quality control coach. They both left for Minnesota in 2006, Tomlin the defensive coordinator, Woods the DBs coach, so the two have a pretty strong history together. But Pittsburgh doesn’t seem to have any obvious openings on its coaching staff. Teryl Austin is expected to remain as DC while Grady Brown has done well as the team’s DBs coach.

Woods is the first firing in the AFC North and one of the first of the day around the league. He’s doubtful to be the last.