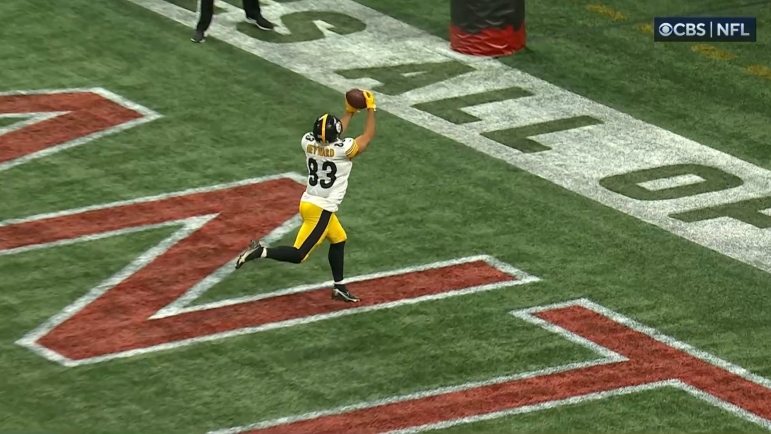 Reasoning: Perhaps one of the more highly-questioned sixth-round picks in some time—at least since long snapper Colin Holba—little brother Connor Heyward may not have set any records, but he has begun to carve out his own niche on the Steelers as he looks to step out of Cameron’s shadow and not be judged solely as a sibling.

Coming out of college, Connor Heyward had two knocks against him bigger than any others. One is the fact that he’s not tall enough to be a traditional tight end. The other is that he is the younger brother of Cameron Heyward. I sometimes wonder if Steelers fans didn’t hold the latter against him more than the former.

But in spite of the cries of nepotism, Connor proved to be worth at least the 208th-overall draft pick the Steelers invested in him, with the potential for him to continue to grow and expand his role further. He was not overloaded with responsibilities as a rookie, but he still managed to play 174 offensive snaps and 284 special teams snaps (registering nine tackles).

He finished his rookie season with 12 receptions on 17 targets for 151 yards and a touchdown. That touchdown happened to come in Atlanta, where his late father, Craig, played for the Falcons. It’s also the region in which he was born and raised. Needless to say, it was a milestone event in the Heyward family that day.

A former college running back, Heyward did end up with two carries as well, both of them rather successful. The first was a 21-yard game-sealer against the Las Vegas Raiders on which he simply went down because it would result in a win. He also converted on third down in the finale on a six-yard gain.

That hints at Heyward’s potential future. He’s obviously not going to be a traditional in-line blocking tight end, but there are many different hats he can wear. He’s got good hands, even if his wingspan is limited. He knows how to carry the ball, even if he’s not your typical NFL running back. A jack off all trades and a core special teamer, that’s what he was expected to be when he was drafted, and the signs are pointing in that direction.