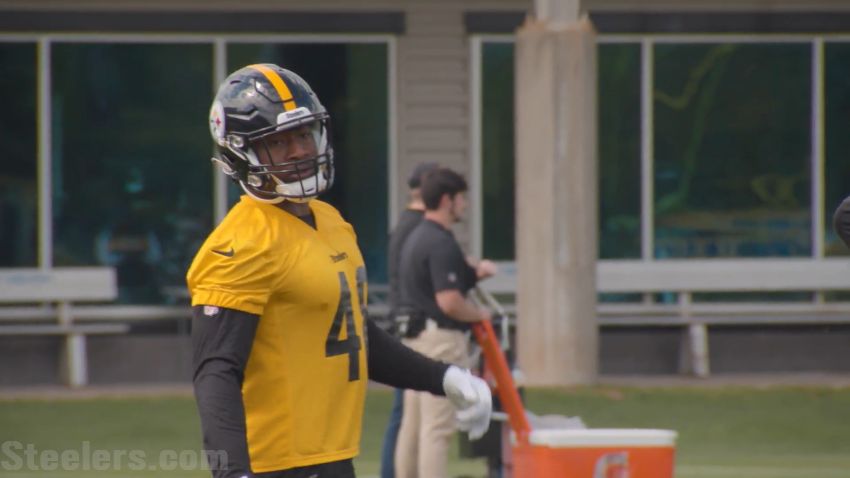 Reasoning: The Steelers announced the signing of former 2021 sixth-round outside linebacker Quincy Roche to a Reserve/Future contract yesterday, yet again reuniting with one of their former players—and former outside linebackers specifically, which has become a common theme. After a poor showing from their depth in T.J. Watt’s absence last year, Roche stands a real chance of pushing for a roster spot as we sit here today, and contributing.

The Steelers under head coach Mike Tomlin have not been shy about reunions, something that hadn’t been the case under his predecessors. They’ve had numerous retreads over the years, but the reserve outside linebacker position seems to have been an obsession of late.

They have gone back to the well multiple times with Tuzar Skipper, for example, and did the yo-yo act with Jamir Jones as well. They even managed to bring back Olasunkanmi Adeniyi in December—though they didn’t retain him, or at least haven’t, yet.

Perhaps they won’t, though, now that they have another reunion on the books. The Steelers announced yesterday that they have signed Quincy Roche to a Reserve/Future contract. They first drafted him in the sixth round in 2021, but they lost him off waivers to the New York Giants.

Roche has spent the past two seasons in New York, though he was mostly on the practice squad in 2022—meaning that he was available for the Steelers to sign to their 53-man roster if they really wanted to. They didn’t, even while T.J. Watt was injured.

Still, that doesn’t mean that he can’t come in and find his way back into relevance. He did flash during his rookie preseason in Pittsburgh and had the opportunity to make a few plays while playing for the Giants.

Given how lackluster the Steelers’ outside linebacker depth was in 2022 with Jones and Malik Reed as their primary reserves, we certainly can’t overlook the possibility of somebody like Roche coming in and carving out a role for himself.

Steelers fans were not happy when they decided to cut him, even if the prevailing consensus was that Jones had outperformed him in the preseason (they later cut Jones in favor of Derrek Tuszka—how’d that work out?). But as has happened so often in the past with these bottom-of-the-roster players, he’s managed to come back ‘round again. Will the outcome be any different this time? I wouldn’t bet money on it, but here’s hoping.