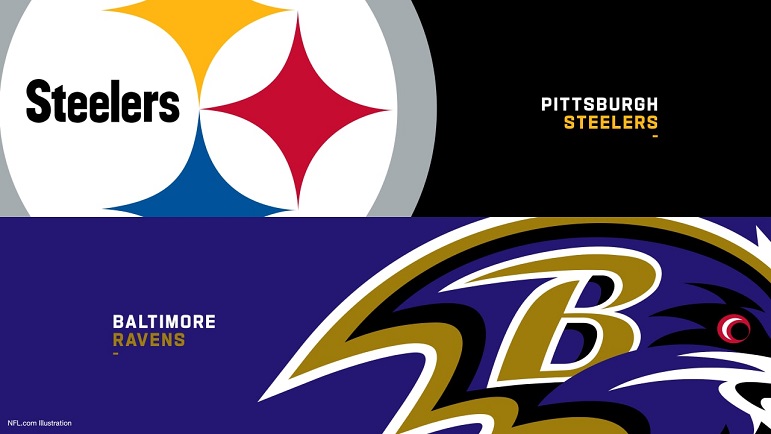 In the first game of the new year for the Pittsburgh Steelers, the team will face the Baltimore Ravens in an important AFC North matchup. The Steelers’ playoff hopes remain alive, and with a win tonight the playoff scenario becomes much more clear.

The Miami Dolphins lost to the New England Patriots and the New York Jets lost to the Seattle Seahawks. A Pittsburgh victory leaves just a couple more necessary results in week 18 and this team will become an unlikely playoff participant.

Lamar Jackson will not participate in tonight’s game with his knee injury that has held him out for about a month. Calais Campbell and Marcus Peters were also ruled out on Friday, so the Steelers have some opportunities to pick on the backups where possible.

Thank you for choosing to spend your gameday with us here on Steelers Depot. Refresh this page throughout the game for curated tweets, video highlights and more. Join the discussion in the comment section at the bottom of this page.

Ravens' defense is aggressive. Vulnerable to boots. Expect Canada to use lots of those today. More stuff to sideline than MOF.

Special teams always key in close games. You guys know what I've been preaching all week.

The Ravens won the coin toss and elected to defer. The Steelers will start the game with the ball.

The opening kickoff resulted in a touchback.

Kenny Pickett and the offense take the field at the 25 yard line. On 1st and 10, Pickett complete to Pat Freiermuth for 8 yards. On 2nd, some nice misdirection that ended in a full back dive by Derek Watt to convert.

1st and 10, Najee Harris carried the ball 6 yards up the middle. On 2nd, a perimeter pass to Steven Sims to make it 3rd and 2. Jaylen Warren caught the check down pass from Pickett under pressure for a conversion and a gain of 10 yards.

1st and 10, Warren up the middle for just a yard. On 2nd, Back to Warren for a rush of 31 yards up the left sideline.

In the red zone, on 1st and 10, Najee Harris rushed up the middle for 3 yards. On 2nd, Najee gained 6 to make it 3rd and short. Pickett snuck up the middle to convert.

Pat Freiermuth backed up the 1st and goal to the 7 yard line. On 1st down, Pickett had all day to throw and tried to hit Najee Harris along the sideline. On 2nd, Najee made a great second effort to make it 3rd and goal from the two yard line. On 3rd, Pickett incomplete intended for George Pickens, but good coverage forced the field goal. The field goal is good. 3-0 Steelers.

Pittsburgh has now scored on its opening drive in four of the last six games, per #Steelers PR

The kickoff was returned to the 27 yard line by the Ravens. On 1st down, Dobbins rushed for 3 yards. Mark Andrews converted with a 7 yard conversion the next play.

On 1st and 10, TJ Watt and Mark Robinson combined for the tackle for no gain, but Huntley scrambled for 10 yards and converted the next play.

Mark Andrews nearly converted on 3rd down, but was marked a few inches short. The spot of the ball is under review. After review, it was indeed a first down.

Demarvin Leal made the first down tackle on JK Dobbins on the toss play to the left. On 2nd down, Cam Sutton nearly intercepted the low pass, but it fell incomplete. James Pierre injured on the play. On 3rd and 8, Huntley complete to Robinson for a first down.

On 2nd and 6, the jet sweep to Andy Isabella gained just a yard or two. On 3rd and 5, Huntley incomplete. The field goal is good. 3-3 Even.

Each team's had a field goal drive, and the time of possession is about even.

On 1st and 10, Pickett lost 10 yards tripping over his own feet on the drop back. 2nd and 20, Pickett complete to Diontae Johnson for 14 yards. 3rd and 6, a nice completion to Pickens to convert, but he stepped out of bounds before catching the ball, so penalty and a loss of down.

The Pressley Harvin punt went 48 yards and was downed at the 6 yard line.

On 1st and 10, TJ Watt tackled Dobbins for a loss. On 2nd, Huntley complete over the middle to Desean Jackson. 3rd and 1, Dobbins tackled by Alex Highsmith for no gain.

Steven Sims fair caught the punt at the 36 yard line. Holding on Minkah Fitzpatrick on the punt brings them back to the 26, so good field position wiped out.

Each team's had a field goal drive, and the time of possession is about even.

Also, cornerback Brandon Stephens getting his hand checked out in the locker room.

The Steelers crossed into Ravens’ territory with a 10 yard pass from Kenny Pickett to Pat Freiermuth. Pickett incomplete to Pat Freiermuth on 3rd down and Chris Boswell missed the 48 yard field goal attempt. It hit the upright.

The Ravens will take over from their own 30, and they will get the ball after the half. The last game was by a margin of two points. They cannot leave points out on the field like that.

False start on the Ravens. 1st and 15, Dobbins rushed for 17 yards to convert.

Two Steelers hit Dobbins in the backfield and he still is able to pick up 5+ yards and the first down. Awful. #Steelers

The Ravens are now in the red zone after a Mark Andrews catch along the sideline.

On 1st and 10, Huntley stuffed behind the line for no gain on the attempted run. Timeout called.

2nd and 11, Huntley complete to Isaiah Likely behind the line of scrimmage tackled by Robert Spillane for a 6 yard loss. Timeout #2 called by Baltimore.

Cam Heyward called for a personal foul. An awful call by the refs, but the Ravens now have 1st and goal with a timeout. The next play is a touchdown. Instead of a field goal attempt, the penalty turns into a touchdown. 10-3 Ravens.