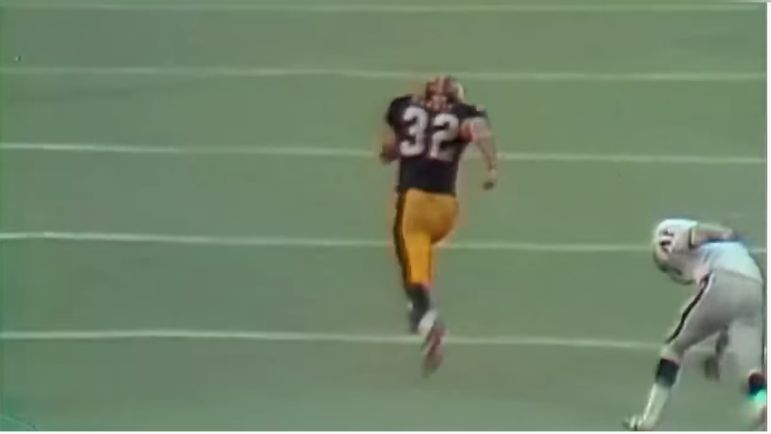 Just one day after speaking glowingly of former Pittsburgh Steelers great and Pro Football Hall of Famer Franco Harris ahead of the 50th Anniversary of the Immaculate Reception and Harris’ jersey retirement for his famed No. 32, Steelers head coach Mike Tomlin and the rest of the Steelers organization woke up to some shocking news Wednesday with the death of Harris at 72.

The news came so sudden and unexpectedly, especially with the timing of Harris’ death.

While the passing of Harris is shocking and heartbreaking, it remains business as usual for the current Steelers, who have to prepare for the matchup with the Las Vegas Raiders on Christmas Eve at Acrisure Stadium in what was supposed to be a happy celebration of Harris and his accomplishments on and off the field as a member of the Steelers.

Mike Tomlin talks about having a ‘heavy heart’ with Franco Harris passing. pic.twitter.com/gqkXJmBDnc

Tomlin, who spoke to the media Wednesday following practice on the South Side at the UPMC Rooney Sports Complex, stated that the Steelers had a productive day, yet did so with heavy hearts following the loss of Harris, according to video via the Tribune-Review’s Joe Rutter.

“We had a productive day. Obviously we did so with a heavy heart. This organization, this community, the football world, we lost a great one in Franco Harris,” Tomlin stated to reporters, according to video via Rutter. “So, obviously we’re all heartbroken. But we do look forward to honoring him and his legacy this weekend, and obviously where our attention needs to be is on the preparation required to put together the type of performance that’s fitting of a great man like Franco.”

In what was already going to be an emotionally charged game with it being one day after the 50th Anniversary of the Immaculate Reception from Dec. 23, 1972 as well as the retirement of Harris’ jersey, making him just the third player in franchise history to ever have his number retired, the game takes on all the more importance following the death of Harris.

If there was a game that the Steelers absolutely needed to win, it’s the game coming up on Saturday night. We’ll see how the organization plans on handling the halftime ceremony overall without Harris as its unclear if his family will still attend, but if there was every any great way to honor Harris and his legacy as not only the author of the greatest play in NFL history, but also a pillar of the Steelers franchise for the last five decades, it would be beating the Raiders at home on Christmas Eve in frigid temperatures behind a physical run game led by a running back with the same last name.

Considering what Harris meant to so many within the organization and in the current locker room from a mentorship standpoint, expect Saturday night’s game to simply mean more than it already did. They’re operating with heavy hearts leading into the game, but once they’re between the white lines, it’ll be about honoring Harris in the best way they can: winning.

For guys like second-year running back Najee Harris and second-year tight end Pat Freiermuth, Franco Harris was a mentor through and through, one that they could lean on and learn how to conduct themselves on and off the field. Of course, Najee Harris and Franco Harris share the same last name, so there was already a connection there, but there was also the connection of being a Steelers running back and a first-round pick.

For Freiermuth, his connection with Harris had to do with the Penn State connection, as well as Harris announcing Freiermuth’s selection as the No. 55 overall pick in the 2021 NFL Draft.

Tomlin added on that the organization was so fortunate to have a man like Harris being there and being available for the current players, which is something that’s been rather unique for the organization throughout its history.

Mike Tomlin on Franco Harris and his relationship with the current Steelers: “When those guys spent time with him, they realized that he didn't want anything from him. He just wanted the absolute best for them and that unconditional love. Guys feel that.” pic.twitter.com/VlHcV3AaCD

“That’s something that we talk openly about and we appreciate the support that these current players get from those that have come before him and before them. And Franco is just such a shining example of that. When those guys spent time with him, they realized that he didn’t want anything from him,” Tomlin stated to reporters Wednesday, according to video via ESPN’s Brooke Pryor. “He just wanted the absolute best for them and that unconditional love. Guys feel that.”

Guys like Najee Harris and Freiermuth certainly felt that and will continue to feel that even with Harris gone.