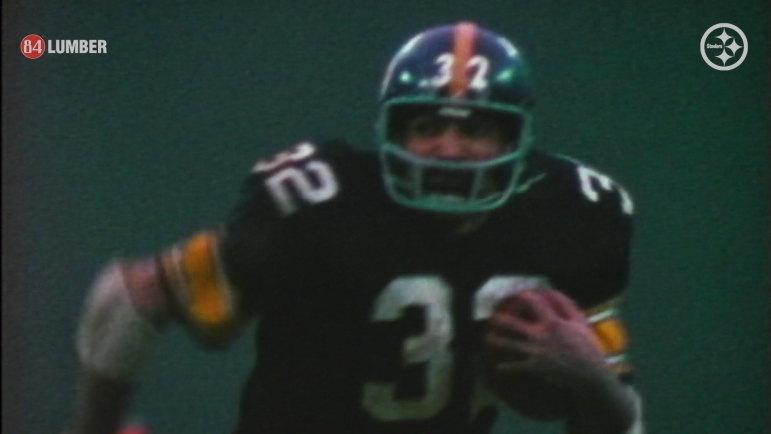 When Tomlin was asked about his interactions with former Steelers RB Franco Harris and his interactions prior to the team taking the field Saturday night to honor Harris and the 50th Anniversary of the Immaculate Reception, Tomlin didn’t hold back his praise for a Pittsburgh legend who’s impact far transcends what he has done on the football field.

“He’s just a special man,” Tomlin said to the media Tuesday on video from the team’s YouTube channel. “Forget the player. Obviously, I never knew the player. I know the man. And just what an awesome representation of this organization, this community. A guy that embraces all the responsibility that comes with being him. I just admire his passion for Pittsburgh and young people. He served a long time on the board with my wife Pittsburgh Promise and his passion for others in this place and the Steelers is unparalleled and it’s to be admired.”

Tomlin didn’t speak to the accolades that Hall of Famer Franco Harris had picked up during his playing career in which he won four Super Bowls, was named a Pro Bowler nine times, a first team All-Pro once, the 1976 NFL Man of the Year, and having his #32 Jersey retired and being inducted to the Pittsburgh Steelers Hall of Honor. Frankly, he didn’t have to thanks to the work that Harris has done for the organization as an alumni and as a humanitarian overall since he hung up his cleats.

Despite not playing for the Steelers since 1983, Franco Harris has been a constant face in Pittsburgh Steelers events up to present day. He often announces draft picks for the Steelers at the site of the NFL Draft and is a regular at the games and other events the team puts on for the alumni as well for acts of service.

Franco Harris has become a mentor and father figure to several former and current members of the Pittsburgh Steelers including RB Najee Harris who Franco reached out to via text message and has taken him under his wing and show him support. Franco even left the Alumni Weekend Dinner early to attend Najee’s event at Sullivan’s Steakhouse to help homeless children in the Pittsburgh area.

A huge thank you to @ohthatsNajee22 for celebrating the launch of Da Bigger Picture Foundation at Sullivan’s Steakhouse Pittsburgh! Which of the auction items would you have bid on? pic.twitter.com/uIudUZfjpq

Franco Harris embodies what is means to be a Pittsburgh Steeler both on-and-off the football field. Tomlin understands this and made sure to commend the impact this Steelers’ all-time great has had on the team, the players, and the city of Pittsburgh. Franco serves as the ideal person you want your players to emulate after their playing days are done. Hopefully, the Steelers can do Franco and the rest of the 1972 team right by getting the win Saturday night on Christmas Eve to cap off an historic holiday weekend.