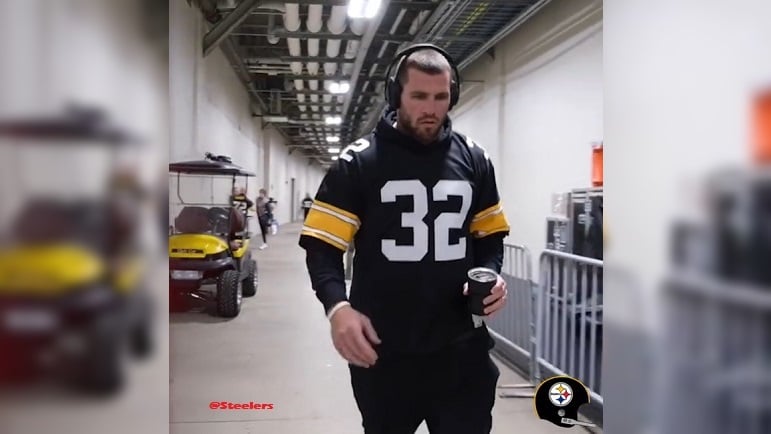 In a very cool homage to the late Franco Harris, it appears the entire Pittsburgh Steelers team is wearing #32 jerseys entering the tunnel prior to kickoff of tonight’s game against the Las Vegas Raiders. The Steelers’ Twitter account sent out this video of players wearing Harris’ jersey in the throwback block numbers they’ll be sporting tonight.

The video highlights Minkah Fitzpatrick, T.J. Watt, Alex Highsmith, Cam Sutton, Kenny Pickett and others as they enter the stadium and walk down the tunnel. Presumably, the entire team is wearing his jersey.

And here’s Mike Tomlin wearing one, too.

Harris’ #32 will be retired during halftime of tonight’s game. Sadly, Harris died late Tuesday night from unknown causes, just days away from the celebration in his honor. This game also marks the 50th anniversary of the Immaculate Reception, the greatest play in NFL history, in which Harris scored the game-winning touchdown to beat the Raiders in 1972, netting the Steelers their first postseason victory in franchise history and setting the stage for a dynasty run.

It’s unknown if the team planned this jersey-homage before or after Harris’ death. Either way, it’s supremely cool and one of the many ways Harris’ life and legacy will be honored tonight. Pittsburgh will try to get a win for Franco tonight, a great tribute and send-off while also keeping the Steelers’ playoff hopes alive. With losses by the Patriots, Titans, Browns, and Jets already, Pittsburgh’s path to the postseason has slightly increased.