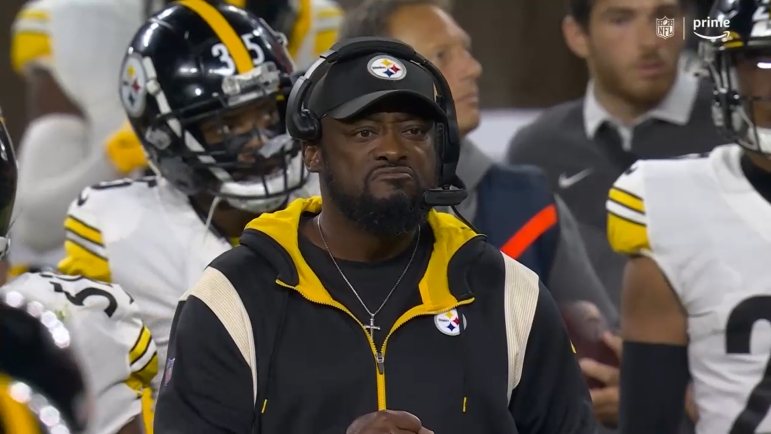 It’s better to be lucky than good.

Well before Pittsburgh’s season began, I offered my biggest worry about this Steelers’ team. Over the prior two seasons, 2020 to 2021, no team was better in tight games with a 15-4-1 record in outcomes decided by eight or fewer points. Couple Ben Roethlisberger’s retirement with simple regression to the mean, numbers that weren’t sustainable, the Steelers have crashed back to earth.

This year, they’re 4-5 in one-score games. More losses this year than the last two combined.

It was an expected outcome. Pittsburgh was unlikely going to bat .750 in those games like they had. But with a good defense and their find-a-way-attitude stemming from head coach Mike Tomlin, it was doubtful they’d totally bottom out and be among the league’s worst. A .500 record was what I anticipated and said as much.

“Though Pittsburgh’s quarterback play should be better than what 2019 offered, a .500 record in those games is about what I’m expecting this year. If that’s the case, it wouldn’t bode well for the Steelers’ chances to compete in 2022. Expecting regression in these close games might be the most compelling reason to expect Pittsburgh to have a bumpy upcoming year.”

Pittsburgh started the season off picking up where they left off, a zany 23-20 overtime win over the Cincinnati Bengals. But they dropped their next two, 17-14 to New England and 24-20 to New York, close and winnable games for the Steelers where they collapsed in the fourth quarter. The Patriots ran the clock out while the Jets threw all over the yard, the only time this year Zach Wilson has looked like an NFL quarterback, in a comeback victory (the Browns game was also one-score until the final play of the game).

The Steelers evened the score in Week 6, upsetting Tampa Bay 20-18 with a solid four-minute offense to prevent Tom Brady from getting the ball back one last time. But Kenny Pickett threw back-breaking interceptions the following week at Miami, a 16-10 loss despite the defense pitching a second-half shutout. New Orleans was a close win, Cincinnati a close loss followed by two one-score wins over Indianapolis and Atlanta, bringing Pittsburgh back to 4-4 on the season. But they dropped under that in Sunday’s loss to Baltimore, 16-14, a game Pittsburgh couldn’t close out in any phase of the game.

Add it all up and they’re 4-5 on the year. Had Ben Roethlisberger still commanded this team, it’s likely they at least win one of those losses. That’s just what Roethlisberger managed to do. Even in his final season with his play obviously regressing, no QB had more game-winning drives and fourth-quarter comebacks than Roethlisberger. Some of that was of his own making, terrible starts that required a hole to dig out of, but hey, wins are wins and getting the job done is all that matters. There’s no doubt having Mitch Trubisky and Kenny Pickett has, in the short-term, hurt the Steelers in close games. A defense that’s struggled to get late stops, like the Patriots or Ravens games, hasn’t helped either.

Still, some of it is just probability. What are the odds the Steelers were going to remain an amazing “close win” team in perpetuity? Doing so would require an elite-level quarterback and even then, it doesn’t always work out. The Kansas City Chiefs and Buffalo Bills are each 5-3 in one-possession games this year, respectable numbers but nothing out of this world. The Minnesota Vikings lead the NFL this year, a spotless 9-0 in such games (the best-record Philadelphia Eagles are 5-0, blowing teams out more often than not). Regression to the mean is very much a thing with numbers like these and the Steelers’ 2022 mark is a product of that.

Really, they had been playing with house money. On a very “lucky” streak to win so many close contests, something that couldn’t and wouldn’t continue for much longer. They’ve fallen back to league-average and with an offense and team that certainly doesn’t win games comfortably – Steelers Nation’s heartrates can attest to that – they had a narrow path to having a successful season.

It’s why they’re 5-8 with playoff dreams nearly out of their grasp. They get blown out, they don’t blow teams out. And now, they’re average in tight games. It’s not a recipe for success and leaves Pittsburgh with a long offseason ahead of them.