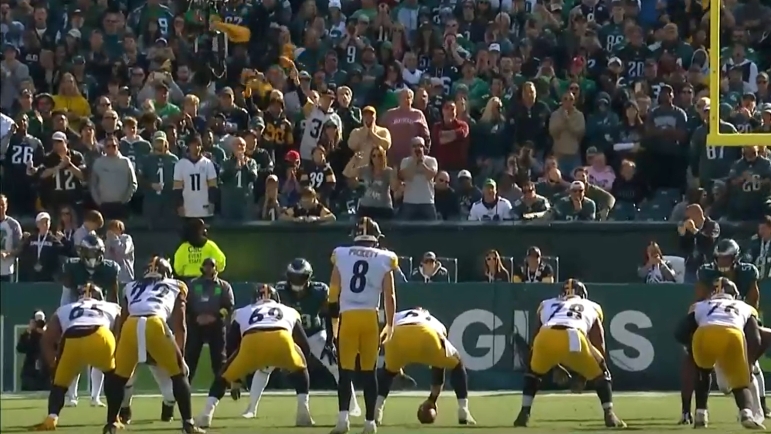 The Pittsburgh Steelers’ offense is improving. That’s undeniable. They still aren’t great, not really even good, but better. It’s progress.

Still, there’s one big step they must take. Their third quarter offense must improve. As Tyler Wise noted yesterday, they’ve struggled far more in the second half than first half, going three-and-out and struggling to put games away. The proof’s in the pudding. Offenses are judged by one thing. Points. Not yards, not third down conversion rate, not yards per attempt. Points are all the matters.

Across 12 games this season, the Steelers have just 22 third quarter points. That’s a paltry 1.8 per game, an ugly number that basically says they’re going the entire third quarter without scoring. They’ve put up a goose egg in half their games this season, a field goal in five of them, with a *high* of seven points one time, their Week 4 loss to the New York Jets. Here’s their week-by-week totals.

All of that is…bad. It’s kinda crazy the pattern they’ve been in, zero points followed by three in eight straight weeks. If that’s any indication, they’re going to put up zero points in Week 14. Clearly, that’s unlikely to be good enough to beat a team like the Ravens, even one without Tyler Huntley.

If you know me, I love context and relativity. How does Pittsburgh stack up with the rest of the league? 22 points in 1933 might’ve been pretty good. In 2022, it’s nearly the league worst. They rank 31st in third quarter scoring, avoiding dead last only thanks to the borderline historically bad Denver Broncos’ offense. Here’s the bottom five.

They’re only a touchdown ahead of the Broncos and eleven points behind the 30th-ranked Chargers. Things weren’t much better in 2021, the Steelers 26th in the league with 54 points (3.1 points per game) so this isn’t a new problem under OC Matt Canada.

The Steelers’ entire second half offense has been poor this year. Taking their scoring quarter-by-quarter, they’re not terrible in the first half. Here’s the quarter and half splits to illustrate how they’re especially struggling right after halftime.

Slightly below average in the first half, near the bottom in the second half. A clear difference. The Steelers shouldn’t shoot for just 19th place but if they could match that mark in the second half, with this defense, they’re going to win a lot of these remaining five games. It starts with a fast second half start. At least a touchdown in the third quarter this weekend. For whatever reasons they’re struggling out of the half, they must turn things around.