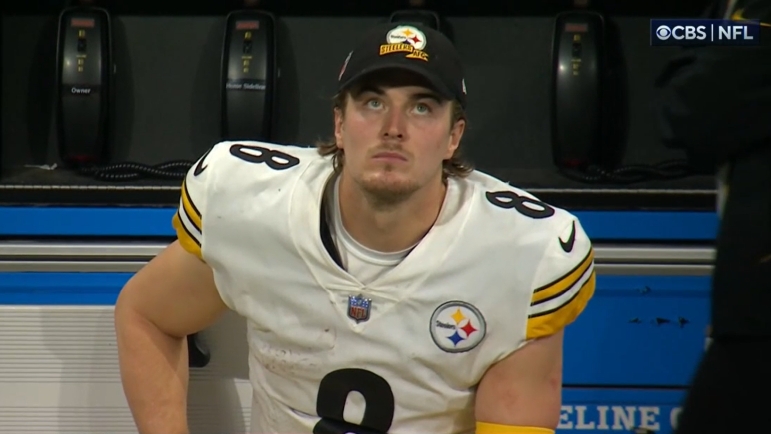 The Steelers offense was a group that needed some time to gel this year.  The uncertainty that comes with losing their franchise QB to retirement in the offseason, a new OL coach teaching new techniques, and multiple different pieces on the offensive line was plentiful. Sprinkle in a mid-season change of quarterback to your first-round rookie and you got yourself a hectic season under your belt. However, after the Steelers’ week nine bye week, this group started to come together and play its best football.

With the offense seeming to improve in almost every category after the bye week I wanted to take a look at something that was a thorn in the Steelers’ side most of the season, dreaded three-and-outs. If it’s felt like they happen far too often, it’s because they do. The Steelers currently rank 28th in the NFL with a three-out rate right around 29%.

Here’s a breakdown of the Steelers’ three-and-outs broken down on a week-by-week basis.

The season numbers are really discouraging with no real disparity between first-half and second-half rates, both well below the league average of 21.8%.

However, if you break up the season as before and after their week 9 bye week, you start to see some interesting numbers.

There’s a reason for happiness and dread when looking at the numbers post-bye.

The first-half play calling and game-planning of Offensive Coordinator Matt Canada has seemingly done a 180, dropping his offense’s first-half three-and-out from 37.2% down to just 9.5%. To put that 9.5% into context, the league leader through the entire season is the San Francisco 49ers with a three-and-out rate of only 12.3%. Obviously, the Steelers’ post-bye first-half numbers are a much smaller sample size, but it’s a small win and has attributed to the Steelers having halftime leads in their last 3 games.

A lot of the efficiency can likely be attributed to the offense’s newfound ability to run the football, something they seemingly haven’t been able to do in years. Getting ahead of the sticks on early downs is going to help a ton in terms of not going three-and-out.

Since the bye, the Steelers are:

For the first time in years, Pittsburgh has found a consistent running game. #Steelers

Canada’s successful planning through the first half is being thrown out the window due to losing the battle of halftime adjustments by a large margin. It’s even tougher to swallow when the other team is screaming that “it’s the same plays” in the midst of a three-and-out drive.

I will give Matt Canada some slack for their 33% rate in the second half in week 13 against Atlanta as it was skewed by the offense only having three drives in the second half, their lowest total in a half all season. In my opinion, that is more of a reflection of a Pittsburgh defense that couldn’t get the opposing offense off the field.

In conclusion, this is not a sustainable way to win football games. The offense is efficient through the first half only to be fighting and clawing for wins at the end of the game. While the offense has played better as a whole, they’re extremely lucky to have won three out of their last four with a 35% three-and-out rate in the second half. It must be improved through the team’s last five games of the season or it’s likely their luck will run out.