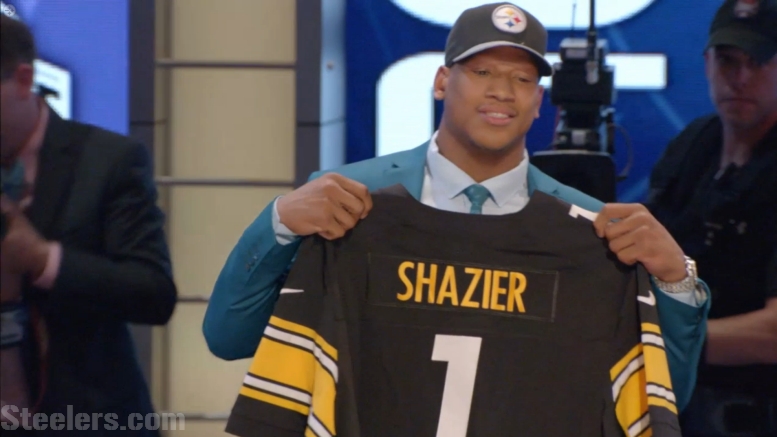 The Pittsburgh Steelers made one of their best decisions of the past decade in the first round of the 2014 NFL Draft when they selected inside linebacker Ryan Shazier. He proved to be one of the very best players coming out of college that year, certainly among those drafted later than him, and he is an even better person than he was a player.

Yet he was under the impression that they weren’t going to take him. Why? Well, his soon-to-be position coach, Keith Butler, told him during a team visit that he didn’t think the Steelers were interested in drafting a linebacker that high that year. That’s the story he relayed to former Steelers teammate and Ohio State alum Cameron Heyward on the Not Just Football podcast.

“Coach Butz…at Pittsburgh, in his office, he was like, ‘Man, Ryan, you’re a phenomenal player. I definitely think you might go in the first round. But one thing I want to tell you is I don’t understand why you’re here right now. I don’t think—we’re not gonna draft a linebacker’,” Shazier recalls being told.

“He was like, ‘We’re probably not gonna draft a linebacker in the first round. We don’t really need extra linebackers’,” he added. “So in my head, I’m like, ‘Why am I even here?’”

The Steelers still had Lawrence Timmons as a stalwart at the position entering the 2014 NFL Draft. They only recently saw James Farrior retire, however, and Larry Foote was gone then too after ending the previous season injured.

But they watched 2013 rookie Vince Williams have a promising season the year before. And they also expected to get 2012 third-round draft pick Sean Spence back to full force after he missed extensive time due to a major knee injury.

Plus, there was Terence Garvin, who they were using in sub-packages, and beyond that, they were beginning to move toward more of a nickel, even a dime defense. Safety Will Allen actually played more snaps as a third safety in 2013 than any linebacker outside of Timmons did. So they only needed another two-down linebacker—like Williams. And it all had Shazier pretty convinced.

Though injuries stunted his growth as a rookie, he started to come on in his second season. He made the Pro Bowl in 2016 and then again in 2017, en route to a career year right up until he suffered a devastating career-ending injury.

Shazier played very nearly every single snap of the season up to that point. He already had three interceptions with 11 passes defensed and he was on pace for about 128 tackles, becoming one of the elite inside linebackers in the game, particularly in coverage. It’s a good thing Coach Butz was wrong.