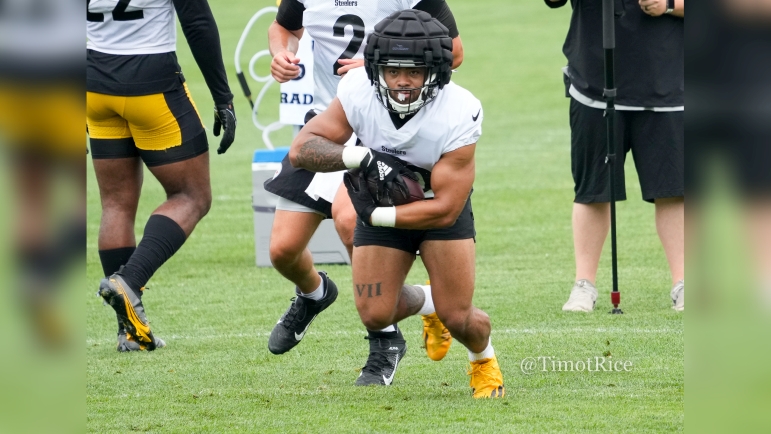 However, Warren didn’t think he was going to be a Steeler, as on draft day he received a call from the Green Bay Packers running backs coach. Warren joined The Arthur Moats Experience With Deke and told the story of how a phone call on draft day got his hopes up, but the disappointment afterwards didn’t phase him.

“I remember that Packers called me, it was the Packers running back coach,” Warren told the show. “He called me, I see my phone ringing and I’m, like ‘Oh my gosh!’ I was showing my family like ‘Look look, I’m getting a call!’ I answer and he was like, ‘Hey Jaylen, how you doing? This is the running backs coach for the Packers, I was just calling to check in on you.’”

The Packers did not end up picking Warren, and were likely just calling to see how he was doing, maybe thinking about offering him a contract as an undrafted free agent to bring him into camp, just like the Steelers did. However, this close draft call did not bother Warren, as he knew his hard work would get him on a roster anyway.

Warren took that shot with the Steelers, who offered him the most money of any team as an undrafted free agent. The Steelers are certainly thankful that they offered Warren the most money and that the Packers were just calling to check and did not draft him given how much he has helped the team out. Through the first nine weeks of the season Warren was the Steelers best running back as Najee Harris was still recovering from a training camp foot injury.

Just like Warren said, all he needed was a shot and he would be fine. His words have come to fruition as it looks like he has carved himself a nice little NFL career. I’m not sure there would have been a much better place for Warren to land, so hindsight being 20/20, it was probably good for all parties, minus Green Bay, that the Packers passed on Warren in the draft this past April.