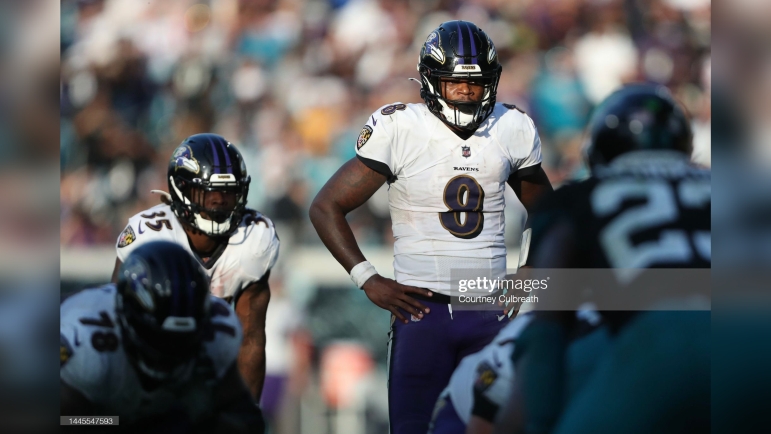 More updates on Baltimore Ravens’ QB Lamar Jackson, whose odds of playing this weekend against the Pittsburgh Steelers are shrinking by the hour. Most recently, Ravens’ head coach John Harbaugh deemed Jackson’s knee injury as “week to week” and said it’s “less likely” Jackson faces the Steelers on Sunday afternoon.

Here’s what he said via the NFL Network’s Tom Pelissero.

#Ravens coach John Harbaugh said QB Lamar Jackson (knee) is unlikely to play Sunday vs. the #Steelers: "I would say it's kind of week to week. … It's probably less likely for this week, but it's not impossible. And then after that it'll become more and more likely."

Coach Harbaugh says QB Lamar Jackson will be week to week, with this week "being less likely." pic.twitter.com/bEwmLrMIWH

While Harbaugh isn’t yet ruling Jackson out, it sounds like it would take a dramatic turnaround in order for the Ravens to play him this weekend. Jackson may only be dealing with a sprain but Baltimore doesn’t have a good reason to risk his longer-term health as they gear up for a playoff stretch run, battling the Cincinnati Bengals for the AFC North.

Jackson suffered the injury in yesterday’s win against the Denver Broncos.

He was replaced by Tyler Huntley who led the game-winning drive to beat the Broncos 10-9. If Jackson doesn’t play, Huntley will make his first start of the season against the Steelers. He made one start versus them last season, one of four he made on the year replacing the injured Jackson. Baltimore has again been hit hard by injuries this season. Last year, they were among the most-injured teams in football, falling apart down the stretch under the weight of those injuries.

Earlier today, Baltimore signed veteran Brett Hundley to their practice squad. He’ll be elevated to the active/inactive roster on Saturday if Jackson is ruled out.

Pittsburgh will host Baltimore this Sunday at 1 PM/EST.