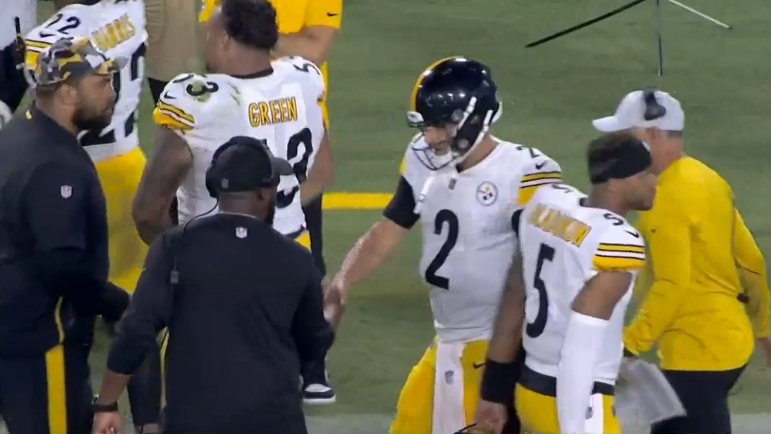 The Pittsburgh Steelers’ decision to use their first-round draft pick in 2022 to select quarterback Kenny Pickett essentially put to rest any illusions, for himself or anybody else, that Mason Rudolph had any future as a starter in Pittsburgh.

With Ben Roethlisberger retiring after the 2021 season, Rudolph was the veteran on the team. Even the Steelers’ decision to sign Mitch Trubisky in free agency wasn’t necessarily a death blow for Rudolph’s long-term future. Trubisky was never going to be anything but a short-term answer. He had ample opportunity to establish himself as a franchise quarterback; he wasn’t going to suddenly do that in Pittsburgh.

Taking a quarterback in the first round, however, almost always guarantees a years-long investment, and Rudolph isn’t going to sit around for the next three or four years at a minimum to see if he can outlast Pickett. Either he’s gone after this year or he’ll have accepted the reality of a backup quarterback.

But as far as Sunday goes, that’s not what’s on his mind. With Pickett in the concussion protocol and the realistic possibility that he could actually play, Rudolph was asked about the significance of being able to put out quality tape for NFL teams to see going into free agency in 2023.

“Any time you can play and play well and win the game,” he told reporters via the team’s website yesterday, is a good thing, but he added, “my only concern is obviously winning the game. If I get the nod, let’s go win the game.”

Rudolph does have five wins in his career amongst 10 starts, as well as a tie. He went 5-3 as the starter of record during the 2019 season in his first NFL action after serving as the number three quarterback and gameday inactive the year previous as a rookie.

He served as Roethlisberger’s backup from 2019 through the 2021 season, but the additions of Trubisky and Pickett resulted in him getting demoted to third string. And yet due to a combination of injury and performance, he is looking at a possible opportunity to start another game in 2022.

A 2018 third-round draft pick, Rudolph signed an extension last year through this season tied to incentives in the event that he could start, knowing that Roethlisberger was almost undoubtedly not going to be back.

He took the deal in the hopes that he would have the chance to start this year. It didn’t happen, but from all accounts, he’s tried to make the best of the hand he’s been dealt. And if he finally gets to play on Sunday, all he’s focused on is winning the hand—doing so will only help everything else.