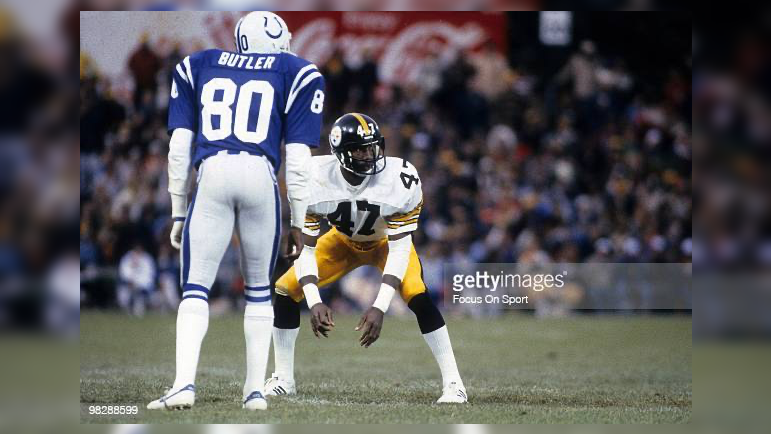 The Pittsburgh Steelers made one of the best draft picks in NFL history when they took Hall of Fame cornerback Mel Blount in the third round of the 1970 NFL Draft. Blount went on to have a successful 14-year career in Pittsburgh where he tallied 57 career interceptions and was a four-time All-Pro, but upon being drafted, Blount was disappointed. On 93.7 The Fan’s Off the Field with Aditi Kinkhabawla, Blount said he wasn’t happy when the Steelers selected him 53rd overall.

“When I was drafted by the Steelers, I was really disappointed. First, I thought I should’ve been a No. 1 pick. The other one is I didn’t know anybody on the Steelers,” Blount said.

Despite Blount’s disappointment, he didn’t show it on the field. He started 10 games his rookie season, picking off one pass and recovering a fumble. He also had 18 kick returns for 535 yards, including a 91-yard return, while returning a punt 52 yards as well. From there, things only got better. As the Steelers continued to improve, Blount did as well, eventually winning the AP Defensive Player of the Year award in 1975 after intercepting 11 passes for a 12-2 Steelers team that won Super Bowl X 21-17 over the Dallas Cowboys.

Blount made such a difference on the field that the NFL had to implement the “Mel Blount Rule” in 1978 that barred contact with wide receivers beginning five yards beyond the line of scrimmage. That rule change was one of the turning points that caused the NFL to become more pass-heavy, and despite it being named for Blount, it did nothing to limit his production on the field. From 1978 until his retirement in 1983, Blount had 22 interceptions. He had three separate seasons with four interceptions and a season with six interceptions post-rule-change, showing just how dominant of a corner Blount was in his career.

The Steelers are surely glad that Blount’s initial disappointment didn’t bubble onto the field and cause him to struggle because the team would’ve lost out on one heck of a talent. Blount is still one of the greatest cornerbacks to ever play the game, and he’ll go down as one of the best players to ever wear the Black and Gold. He was also another player who was found by former Steelers scout Bill Nunn, who was recently enshrined in the Hall of Fame, as his scouting ability helped form the basis of a lot of the great Steelers teams of the 1970s. Nunn found Blount out of Southern University, an HBCU, and it’s fair to wonder whether his small-school status led to his draft slide.

Blount was right that he probably should’ve been a first-round pick. That disappointment was certainly warranted, especially given what he was able to do on the football field. But he certainly let every team that passed on him pay for it by becoming one of the greatest to ever step on a football field. Luckily, it was for the Pittsburgh Steelers.