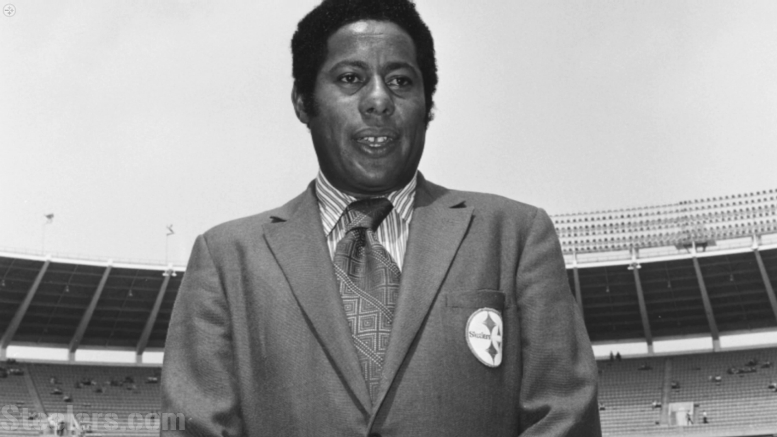 The wait was long overdue. But Wednesday night, Pittsburgh Steelers’ scout Bill Nunn was officially enshrined into the Pro Football Hall of Fame. Nunn was posthumously inducted into Canton in a ceremony tonight along with eight others.

Bill Nunn is a member of the @ProFootballHOF. #PFHOF21 pic.twitter.com/vnmd0Gxw4z

Mike Tomlin sent out this tweet congratulating Nunn and his family.

Congratulations to a true legend, Bill Nunn, and to the entire Nunn family on his enshrinement tonight in the Pro Football Hall of Fame. Special man and a special family. pic.twitter.com/11UgdzGvUq

Steelers’ GM Kevin Colbert attended the ceremony and reacted to the induction.

“It’s still a little bit surreal for Bill to get recognized like this,” Colbert said via Steelers.com. “Bill meant everything to the Steelers organization. It’s been documented, the players he was instrumental in bringing to the Steelers and the success they had. We as young scouts were fortunate to be around Bill and try and learn things they implemented when they put those teams together. There were a lot of lessons being taught to us.”

Nunn had a major influence in the scouting community. He was hired first on a part-time and soon on a full-time basis by the Steelers to be their scout after writing for the Pittsburgh Courier. He was instrumental in scouting HBCUs that had been too often ignored. It resulted in players like John Stallworth, Donnie Shell, and L.C. Greenwood. Without Nunn, the Steel Curtain and dynasty of the 70s wouldn’t have existed.

“I know my grandfather probably didn’t think he was going to be in the Hall of Fame,” said Cydney Nunn, Bill’s granddaughter. “That wasn’t necessarily a goal of his. This has been a huge memorable historic time for our family. We are happy we are able to be here to represent his legacy.”

Nunn is the first African American contributor inducted into the Pro Football Hall of Fame.

The NFL will hold its regular Hall of Fame ceremony on Sunday, August 8th, where several other Steelers will be enshrined.