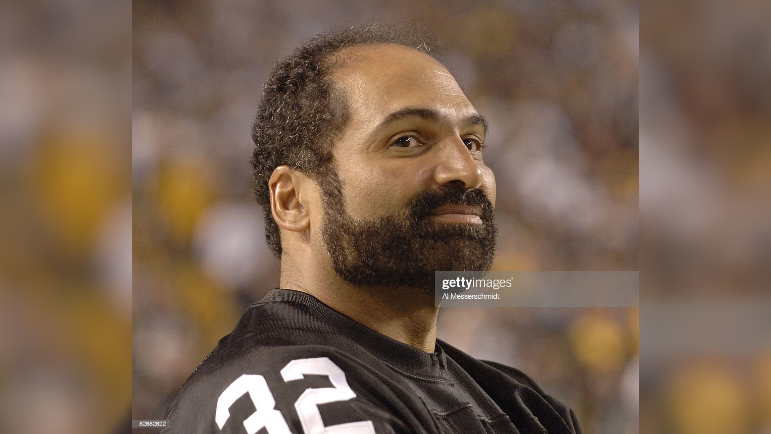 Tuesday was another somber day in Pittsburgh with droves of Steelers fans showing up to Acrisure Stadium not to watch the Steelers play but to pay respects to Franco Harris. The team held a public viewing from 1-5 PM at Acrisure today and the city turned out with thousands lining up to say their goodbyes.

The Athletic’s Mike DeFabo tweeted a photo of long lines of Steelers fans waiting before the gates officially opened earlier this afternoon.

The public viewing for Franco Harris begins at 1. Half an hour before doors open, the line is already a football field long and surely will continue to grow. pic.twitter.com/1kMuids2fu

And according to DeFabo, Harris’ wife Dana and their son Dok attended the viewing, talking with fans as they passed by.

Harris passed away late Tuesday night at the age of 72. His cause of death has not been made public. He was just days away from attending the Steelers’ Christmas Eve game against the Raiders that would celebrate the 50th anniversary of the Immaculate Reception with a halftime ceremony that’d retire Harris’ #32. The team still proceeded with the ceremony Saturday but did so on a far heavier note.

WTAE’s Ashley Zilka compiled photos of the ceremony and a Franco Harris-inspired bus a group of fans showed up in to honor and remember his legacy.

Steelers are holding a public viewing for Franco Harris at Acrisure Stadium.

The Hall-of-Famer died at the age of 72 last week, just days before the 50th anniversary of the Immaculate Reception.@WTAE pic.twitter.com/Ri2mULFElt

The Trib’s Ryan Deto captured these photos of fans attending the viewing with an interior shot of the long line waiting to get inside the stadium.

A line stretches inside Acrisure for people to waiting to get into Franco Harris’ viewing pic.twitter.com/AyxYm2LLdb

And evidently, there was even some tailgating in the stadium parking lot. If that isn’t the most Pittsburgh thing ever, I don’t know what is.

Harris, the team’s 1st round pick in 1972, won Rookie of the Year and made the NFL’s greatest play that year, catching a ricochet off Raiders’ safety Jack Tatum and racing into the end zone to beat the Raiders 13-6 in the 1972 AFC Divisional Game. Though Pittsburgh wouldn’t go on to win the Super Bowl that year, losing to the perfect Miami Dolphins the following week, it set the table for the Steelers to go on and win four Super Bowls throughout the rest of the decade. Harris was named MVP of the team’s first one, a win over the Minnesota Vikings, and he still holds the NFL record for most career rushing yards in Super Bowls. Harris was at his best in the playoffs, scoring 17 touchdowns in 19 career postseason games.

With his #32 retired, Harris becomes just the third player in team history to receive the honor, joining DL Ernie Stautner and Joe Greene. Pittsburgh honored his legacy today and will remember his name forever.