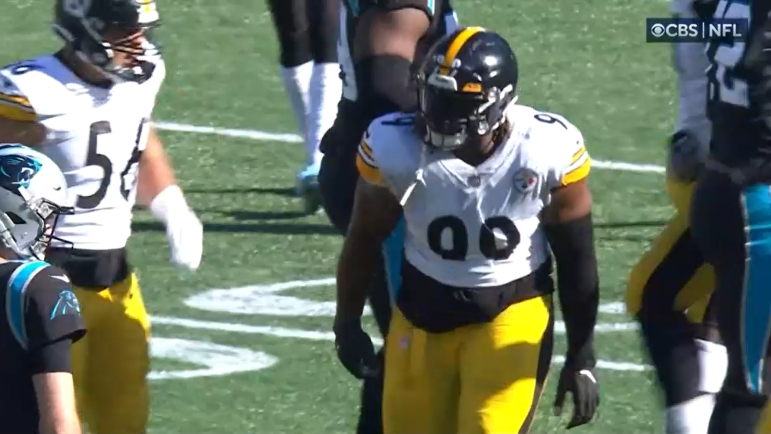 Pittsburgh Steelers defensive lineman Larry Ogunjobi, who was listed as questionable on the injury report with a toe injury and also a personal matter on yesterday’s injury report, has been upgraded from questionable to having no injury designation and will be active for Sunday night’s game against the Baltimore Ravens, the team announced today.

DT Larry Ogunjobi (toe) has been upgraded from his previous status of being questionable for Sunday night’s game at Baltimore. He now has no injury status designation and is expected to play.

Ogunjobi has played a big role along Pittsburgh’s defensive line this season, registering 43 total tackles and six tackles for a loss, along with half a sack. Having Ogunjobi healthy is crucial in a must-win divisional matchup, as the Steelers are going to need their front seven to step up in a big way to limit the Ravens rushing attack. Ogunjobi didn’t have his best game against Baltimore in their first matchup, as he had just assisted tackles while playing 38 defensive snaps.

For Pittsburgh, that means the only player likely to miss Sunday’s game is defensive back Tre Norwood. He has already been ruled out with a hamstring injury that he suffered during last Saturday’s game against the Las Vegas Raiders.