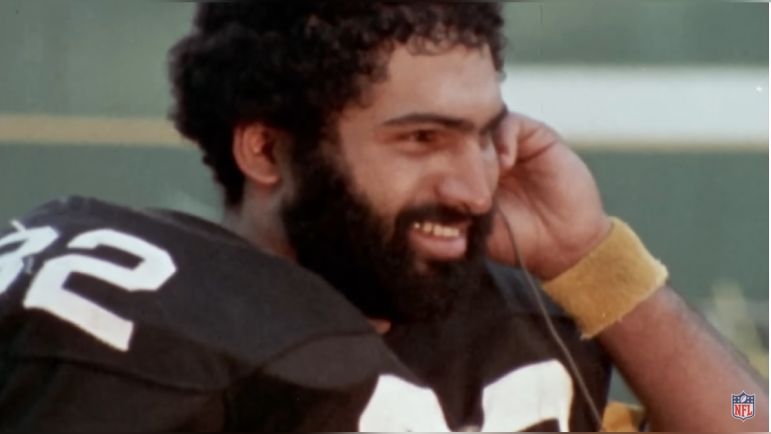 Since Franco Harris’ shocking death Wednesday morning, several of his former Pittsburgh Steelers’ teammates have held media interviews to share stories about Harris’ life. Appearing on Sirius Radio with Rich Gannon Thursday, Joe Greene shared stories about Harris’ humility and that even as a first round pick who made an immediate impact on the team, Harris always remained humble.

“He was just a special, special person,” Greene told the show. “Franco’s rookie year, he never bought a car. He used to ride to work on the city bus. Once he bought him a house across on the North Side, two blocks or so from the stadium after home games, he would walk home and the kids in the neighborhood would walk behind him. He’d look like the Pied Piper.”

Harris was the 13th overall pick of the 1972 NFL Draft and though players back then don’t get paid like they do today, Harris certainly could’ve bought a car if he wanted to. But raised from humble roots as a child post-World War II, his father served and the family was stationed in Italy for a time, Harris never let the success he’d find go to his head.

And there was plenty of success. 1972 Rookie of the Year. Four-time Super Bowl champion. A Hall of Fame career and oh yeah, the focal point of the greatest play in history. Harris has his own statue in the Pittsburgh airport, right next to George Washington, and if you’ve ever been passed through, you know which one gets more attention (hint: it isn’t the guy who was President).

Through it all, Harris stayed true to his roots and values and spent so much of his time and energy involved in the community. He remained in Pittsburgh, opening up businesses and helping programs while also staying close to the team, forging friendships with the likes of Ben Roethlisberger, Pat Freiermuth, and Najee Harris.

Greene figures to be in attendance for Saturday’s Steelers/Raiders game celebrating the 50th anniversary of the Immaculate Reception. The team still plans to honor Harris and retire his number. It’ll be a ceremony filled with tears of sadness but if there’s anything to come out of such a tragic past 24 hours, it’s the warmth in hearing so many terrific stories about not just the type of player Harris was but more importantly, the type of man.