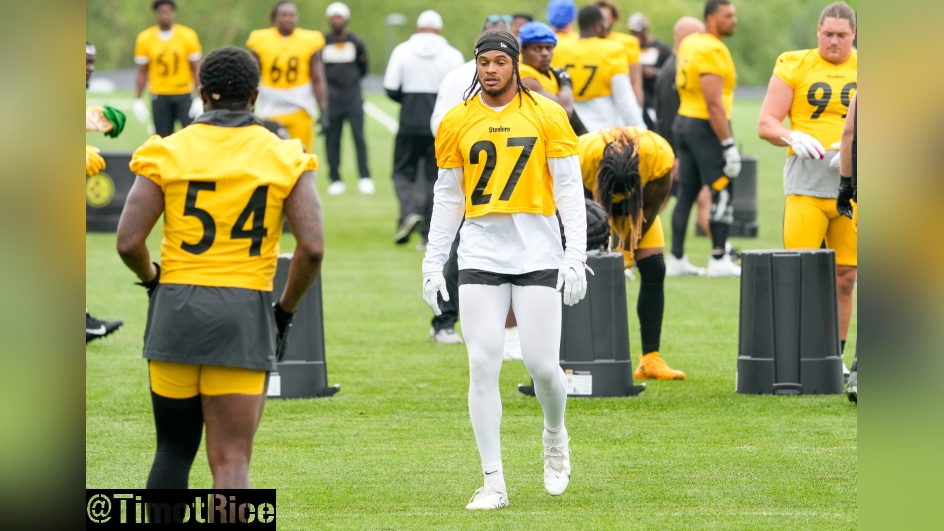 Tomlin confirmed Allen underwent bicep surgery on Monday, as Allen shared on Instagram yesterday. Tomlin didn’t comment on the specific nature of the injury or Allen’s status going forward but, having surgery with two weeks left, it’s hard to see Allen suit up again this season. His being placed on IR would be logical and opens an opportunity for rookie Mark Robinson to get a helmet and see snaps.

Tomlin said Jack has been dealing with the groin injury for a while and it’s not a new ailment. Jack was limited to playing in just the Steelers’ base defense Saturday night against the Las Vegas Raiders. The team’s leading tackler, he’s seen his role reduced due to a variety of lower body injuries.

“Marcus Allen had bicep surgery yesterday and he’s in the process of recovery,” Tomlin said. “We’ve got a couple of guys who are dealing with injury and we’ll let their level of participation and the quality of their participation be our guide in terms of their availability. Myles Jack dealing with his groin continually and Tre Norwood with the hamstring that he sustained in-game.

Norwood suffered his hamstring injury late in the first half against the Raiders and did not return. He was replaced by Elijah Riley in dime packages, who logged 10 snaps and earned praise from Tomlin for his performance.

Tomlin did not initially comment on SS Terrell Edmunds but he later told reporters he “fully expects” him to play against the Ravens. Edmunds missed the Raiders game due to a hamstring injury.