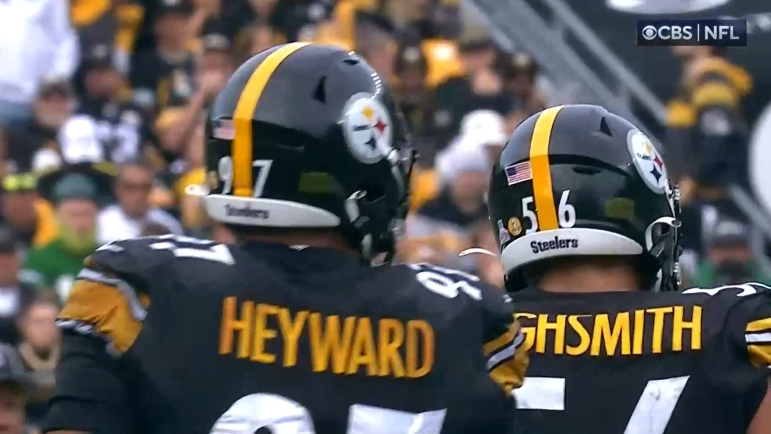 At this point in the history of the Pro Bowl for the National Football League, it’s very much a popularity contest.

No matter what stats you put up or what individual achievements you have on the field during the season, unless you’re already a big name, you’re unlikely to head to the Pro Bowl.

Pittsburgh Steelers third-year outside linebacker Alex Highsmith found that out the high way on Wednesday, failing to crack the starting lineup of the Pro Bowl and being listed as an alternate pass rusher despite being in the midst of a career year.

Highsmith was beaten out by his own teammate in reigning Defensive Player of the Year T.J. Watt, who has missed more than half the season and has four sacks on the season. While Watt is a great player and is back to looking like himself in recent weeks, getting a Pro Bowl nod over Highsmith is absurd.

It largely happened due to Watt’s name and reputation though, which is understandable overall. Still, Highsmith was a major snub from the Pro Bowl.

Dare you to find a move that's as potent and effective as Alex Highsmith's inside spin. The plan and timing + the execution…good luck left tackles. Sack and a pressure (that led to a sack) against the Panthers Sunday. #Steelers pic.twitter.com/ee2xdOzcZM

NFL.com’s Eric Edholm agrees, listing Highsmith as one of his biggest snubs from the post-season all-star game Thursday.

“When T.J. Watt suffered a significant injury in Week 1, sidelining him for the next two months, it was a devastating blow for a Steelers team that would go on to struggle and fall to the fringes of the playoff race. But in no way, shape or form can we place any blame at the feet of Highsmith, who was one of Pittsburgh’s defensive standouts during that stretch,” Edholm writes regarding Highsmith as one of the largest snubs in the AFC. “Highsmith has 11 sacks on the year, not going more than two straight games without one. He also leads the NFL with five forced fumbles, taking over the ball-stripping role from Watt in his absence. Pittsburgh’s defense has held opponents to 18 points or fewer in seven of the past nine games, and Highsmith’s emergence has been a big reason why.”

While Highsmith might not be as impactful as Watt has been throughout his career, and has gone through some quiet stretches overall this season, he’s still a high-level pass rusher overall, one that should have easily been a Pro Bowler in the AFC at the edge position.

Instead, he’s nothing more than an alternate right now, awaiting injury or a player pulling out due to the Super Bowl or personal reasons just to get a spot on the AFC roster. Based on the season Highsmith has had to this point and the developments he’s made overall, that’s rather absurd to think about.

So, too, is the selection process for the Pro Bowl that left Steelers star defensive lineman Cameron Heyward off the team as well.

While Heyward hasn’t been as dominant this year as he has been in the past, he’s still been a remarkable player overall for the Steelers in a banged-up front seven overall this season. On the year, Heyward has 55 tackles and 6.5 sacks to go along with nine tackles for loss on the year.

Pro Football Focus seemed to agree, highlighting Heyward as the biggest snub along the interior of the defensive line for the Pro Bowl Thursday.

“Even in his 12th season, Heyward remains one of the very best interior defensive linemen in the NFL. Through the first 15 weeks, he has the third-best overall grade at the position in the AFC (89.9), trailing only Kansas City’s Chris Jones and New York’s Quinnen Williams,” PFF’s Gordon McGuinness writes regarding Heyward’s snub. “This is only a minor snub, however. While he has a higher overall grade than Jeffery Simmons, Simmons does have a higher pass-rushing grade.”

A snub is a snub, and Heyward should have been included as a starter in the Pro Bowl overall.

Instead, he — like Highsmith — is an alternate and needs an injury or a player opting out to get onto the roster.

Currently, Watt and safety Minkah Fitzpatrick are the only two Steelers on the Pro Bowl roster, which is rather surprising considering some of the individual players on the defense that have had strong years like Highsmith and Heyward.