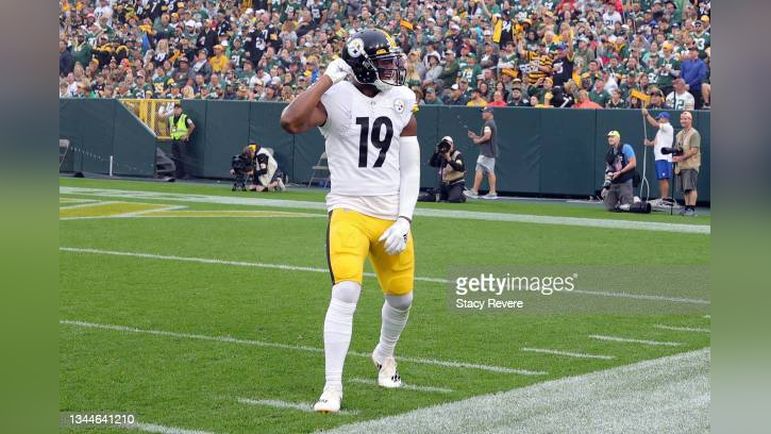 Some good news to bring this holiday season even if it isn’t directly related to the Pittsburgh Steelers. But a former player is doing plenty of good this time of year. As reported by the Kansas City news network KMBC, Chiefs’ WR JuJu Smith-Schuster paid of $10,000 in layaway at a local Burlington story. The gift was made through Smith-Schuster’s foundation.

“I love it so much because being a part of the community is what it’s all about,” Smith-Schuster told KMBC. “These people are die-hard fans. They support us every Sunday, every game that we play in.”

After leaving the Steelers this offseason, he signed a one-year deal with the Chiefs. Playing in a far more explosive offense with an elite quarterback like Patrick Mahomes, Smith-Schuster’s enjoyed a bounce-back year. He’s second on the team in receptions (61) and yards (762) and is averaging 12.5 yards per reception. Compare that to what he did each of his last two seasons in Pittsburgh when he averaged only 8.6.

But for a story like this, things done on the field don’t matter. Smith-Schuster’s always been a good member of the community and worked to give back to his fans. Shortly before leaving Pittsburgh, he held a meet-and-greet with proceeds going to four different local charities. Under his JuJu Foundation, he also did layaway payoffs in Pittsburgh while also donating to the Boys & Girls Club of America.

“It’s just nice that I have an opportunity to be a role model to these kids and to give back to the community,” he said in the story.

Of course, many current Steelers have continued to do plenty of good too. Cam Heyward is the team’s nomination for the Walter Player Man of the Year Award thanks to all he’s done through the Heyward House.

Smith-Schuster will be a free agent after the season and some may speculate about a reunion with Pittsburgh. That can’t be ruled out but based on the success he’s had in Kansas City compared to Pittsburgh with a passing game that’s floundered, it’s unlikely Smith-Schuster will return back to the city. But wherever he ends up, Kansas City, Pittsburgh, or somewhere new, it sounds like he’s committed to helping the community along with helping his football team.