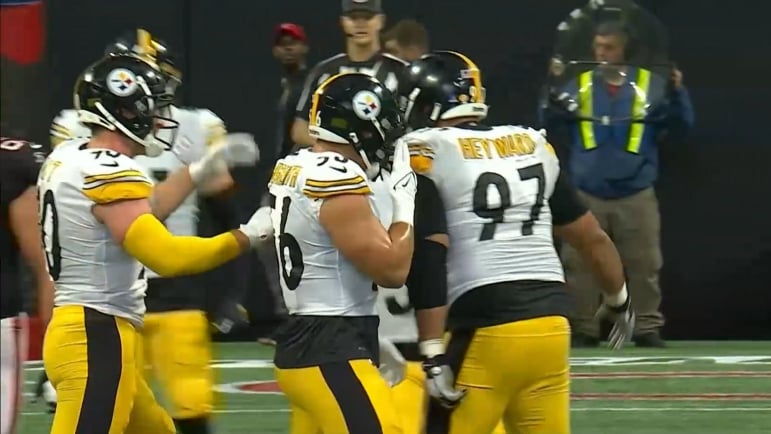 Are the Pittsburgh Steelers becoming a first-half team? On Sunday, they took a 16-6 lead into halftime before nearly blowing it in the second half, the game finishing 19-6. They were up 16-3 a week earlier in a game in which they needed to score in the fourth quarter to get the lead back, down 16-17 before the game-winning touchdown. They had a 20-17 lead over the Bengals a week earlier before losing 37-30, scoring a touchdown in the final minute to make it look more respectable.

Getting off to good starts is a wonderful thing, but you also have to finish. While it’s been an issue for both the offense and the defense, outside linebacker Alex Highsmith knows his unit needs to do a better job holding up its end after allowing 44 second-half points over the past three weeks, nearly 15 points per game.

“I felt like the past couple games we were able to get off the field when we needed it, but also the past couple times we kind of let both teams back in the game when we had a good lead,” he told reporters yesterday via the team’s website, reserving special comment for their poor second-half showing against the run in Atlanta.

Obviously, part of the problem has been allowing teams to make adjustments at halftime and being slow to adapt to those adjustments. That was definitely the case two days ago when the Falcons ran roughshod over them on the ground to the tune of 128 yards on 22 carries. Only self-inflicted penalties perhaps spared them of giving up the lead.

Granted, at the same time, it has allowed us to get a look at what rookie quarterback Kenny Pickett looks like in those pressure moments. He helped to lead his first game-winning drive two weeks ago in Indianapolis. While he didn’t quite close out the game this past week, he did keep the ball away from Atlanta most of the way and allowed the punting unit to pin them deep at the two.

The bottom line is that the way both sides of the ball have been coming out to start the second half in recent weeks has been equally inexplicable and unacceptable and it needs to change in a hurry. Will it? I won’t be betting any of my money on it. But if they have any playoff ambitions left, it’s going to be a prerequisite. They don’t have the firepower to dig themselves out of too deep a hole right now.