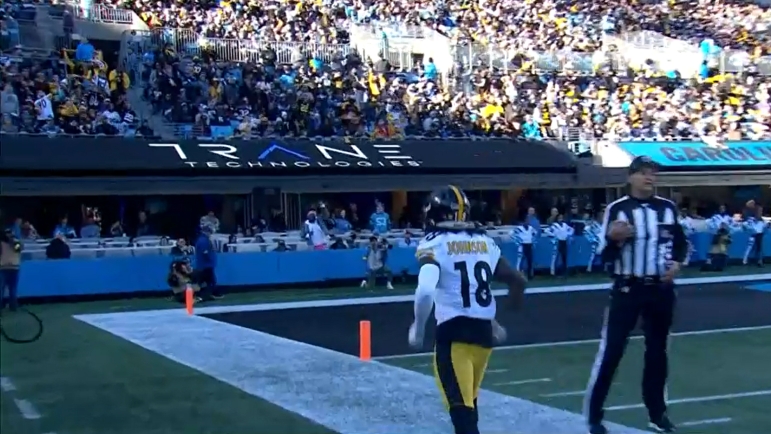 Reasoning: The veteran wide receiver posted season-high numbers in receptions and receiving yards on Sunday against the Carolina Panthers, catching every pass that came his way and coming up just shy of his first 100-yard game of the year.

And it’s been much more efficient with Trubisky. He has 37 completions from Trubisky, 39 for Pickett, despite a 14-attempt difference between the two. He’s caught nearly 70 percent of his targets from Trubisky, and more than 10 percent lower from Pickett. He has three more first downs from Trubisky’s targets, though the yardage is nearly identical.

This is a long prelude to talking about Johnson’s 10-catch, 98-yard game working with Trubisky starting on Sunday, during which he saw 10 of Trubisky’s 22 total targets throughout the game. The pair routinely hooked up in key situations, responsible for a number of third-down conversions.

One of the open secrets of efficient quarterbacking is to throw to the guy who’s open and to have a good rapport with him. That tends to define all of the great quarterback-receiver duos. Ben Roethlisberger had that with Hines Ward and Antonio Brown and, to a lesser extent, with Santonio Holmes and JuJu Smith-Schuster.

The only way to get that rapport is to continue to work at it. It was probably good for Johnson to get that game under his belt with Trubisky, the quarterback he spent the summer working with, but now he and Pickett have three more games in 2022 to continue to build their own chemistry, which will be an incredible part of the near future for the franchise.