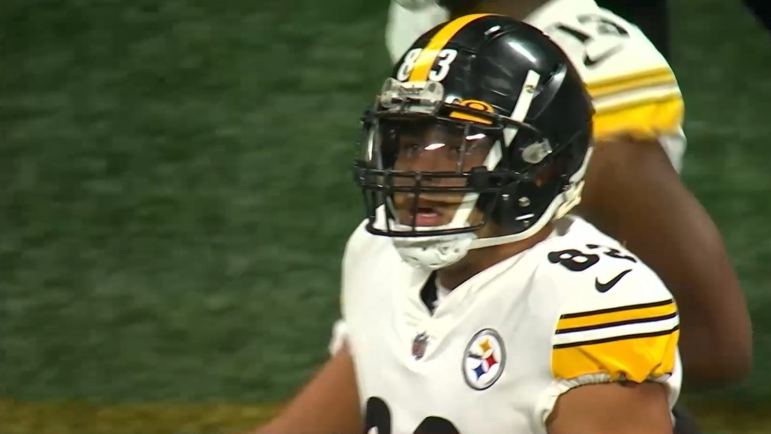 The Steelers are still primarily a three-receiver offense but they’ve used more 12 personnel lately, especially since the bye week after they traded wide receiver Chase Claypool and place greater emphasis on the running game.

At this point in his career, blocking isn’t necessarily Connor Heyward’s strength on offense. But he did get an opportunity to show what is on Sunday. He does have a set of good hands, and he knows how to run routes.

No, he’s not going to sky over people, but he’s not a tight end, at least not entirely. That doesn’t mean he can’t still be a matchup advantage, and it’s obvious that he does have a rapport with quarterback Kenny Pickett that, on the field anyway, goes back to rookie minicamp. Their personal relationship goes even further back than that.

His ability to deliver as a pass catcher is one of the reasons that the Steelers drafted him. With only  Diontae Johnson and George Pickens as really established threats at wide receiver, they have the opportunity to be more flexible in their personnel.

More ‘heavy’ packages means less predictability on offense, because the Steelers’ tight end room can catch. Even if they don’t throw to him nearly as much, Zach Gentry has been largely dependable when given opportunities as well.

Add Connor Heyward into that mix as well. You could even have him in the backfield as a lead blocker and then have him leak out into the flat or run a wheel route. There are lots of things you can do, including getting more involved with play action.