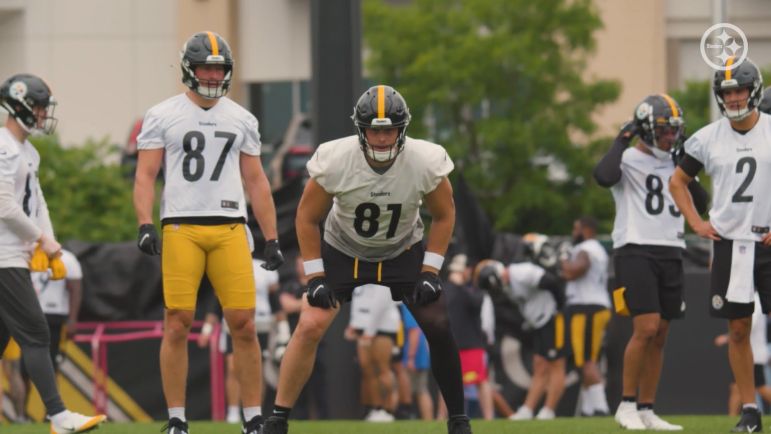 Zach Gentry has emerged as a solid blocking tight end for the Pittsburgh Steelers. But had he not stuck through some difficult years in college, he almost certainly wouldn’t be in the NFL now. A high school quarterback, Michigan made him a tight end and for a time, Gentry was looking for any way out.

Gentry joined Craig Wolfley on the Steelers.com’s Behind The Steel Curtain to talk about those difficult years with the Wolverines.

“I didn’t really talk this a whole lot until the last couple years,” Gentry told Wolfley. “But I really tried to transfer from Michigan three or four times. I went up to Coach Harbaugh and I wanted out. I just wasn’t feeling like that was something I’d be able to do with the transition. I was a quarterback.”

Gentry made a big transition in position and location. Growing up in New Mexico, he was recruited by a slew of top schools. But most, like Michigan, had a position change in mind and after brief times as a quarterback and wide receiver, the Wolverines shifted him to tight end. Now, Gentry was moving from the guy who threw the football to the dude who caught the passes. It also meant he had to do the dirty work of run and pass blocking, going from glory to grunt work.

“The physical aspect of the blocking was tough. I remember when I first moved to tight end they were trying to teach me some of that stuff and I was absolutely getting dogged in practice by guys like Taco Charlton and Chris Wormley. It was really the blocking and the footwork that went with the blocking that was the toughest.”

Charlton went on to be a future first round pick while Wormley, now one of Gentry’s NFL teammates, has had a solid career. Tough matchups for a young player at a new position to try and thrive in. During his toughest days, Gentry says he was tempted to leave school and had it not been for the more restrictive transfer rules that used to exist, he would’ve left.

“Thank God we didn’t have the portal rules we do now or I would’ve been gone in a heartbeat.”

He also credits the coaching staff for essentially not letting him leave and making him tough it out. With time, Gentry grew more comfortable with the position and though never a great blocker in school, made an impact in the passing game. His senior year, he caught 32 passes for 514 yards, a very healthy 16.1 yards per grab, with two touchdowns, and parlayed himself into a Steelers’ 5th round pick.

Then tight ends coach James Daniels noted Gentry’s need to improve as a blocker and he has, cementing his roster spot last season and carrying that over into 2022. When the going gets tough, Gentry finds a way to overcome all his obstacles. A free agent after the season, the Steelers will have to decide if they want to re-sign him and if so, how much that might cost.