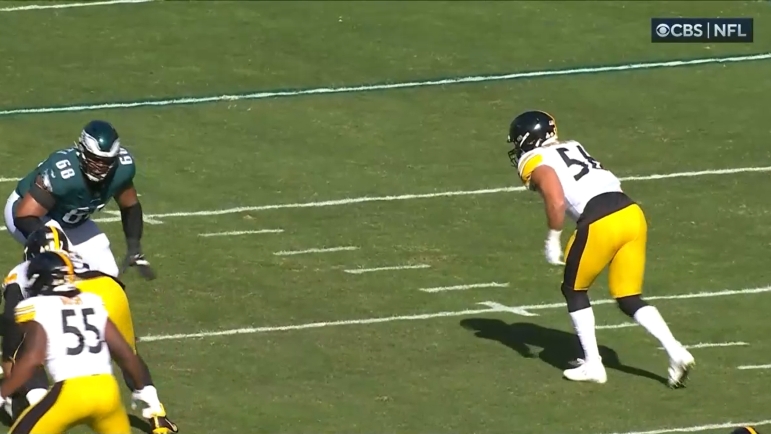 It was a scary sight, one not many people who support the Pittsburgh Steelers want to revisit all that much.

Late in the fourth quarter of the Week 1 eventual overtime win over the Cincinnati Bengals at Paycor Stadium, star pass rusher T.J. Watt was injured on a sack attempt against Joe Burrow and was caught on camera saying that he tore his pectoral muscle.

Of course, he didn’t fully tear it and is nearing a return nine weeks later. Still, without Watt in the lineup, the Steelers’ defense has suffered greatly from a pass rush production and turnover perspective.

Without Watt in the lineup, much of the attention from a pass rush perspective shifted to third-year pro Alex Highsmith, who got off to a great start in 2022 opposite Watt, recording three sacks in the season-opening win. Playing Robin without Batman though, Highsmith hasn’t been as productive, recording just 3.5 sacks in the seven games since Watt’s injury.

Though he’s been pretty good overall, it hasn’t been good enough for the defense as a whole. Highsmith wasn’t aiming to replace Watt though for that stretch, instead focusing on being his best self each and every day, bringing the same passion, intensity and work ethic to the table that he’s brought each day in his first three seasons in the black and gold.

Appearing on the Not Just Football w/ Cam Heyward podcast Tuesday night, Highsmith spoke about trying to step up in place of Watt without trying to do too much.

“So I think we’re starting to grow more and just working together as a unit. And so I think, Malik [Reed] came in and did a good job stepping up, and we’re definitely excited to have TJ back this week because he’s the defensive player of the year for a reason and so it’s gonna be awesome to be able to have him back.”

The Steelers will obviously welcome Watt back with open arms should he be activated ahead of the Week 10 matchup against the New Orleans Saints. His return will take attention away from the likes of Highsmith, Heyward and guys like Larry Ogunjobi and Chris Wormley in the trenches, allowing guys to see more one-on-one matchups, which in turn should lead to more success from the pass rush.

Even while focusing on being his best self, Highsmith had some struggles at times. Since the Watt injury, Highsmith has recorded just 20 total pressures in seven games, good for less than three a game. Twice, he had just one pressure in a game, that coming against the Cleveland Browns in Week 3 and Tampa Bay in Week 6.

However, both pressures in those games resulted in sacks.

He’s still trying to figure out what works best for him as a pass rusher and is aiming to find that consistency overall. Credit to him though for not pressing and trying to become Batman on his own without Watt, instead focusing on what he could control, which was being the best he could be individually from a focus and effort standpoint.

Now, with Watt likely back in the fold moving forward, Highsmith could truly take off again.