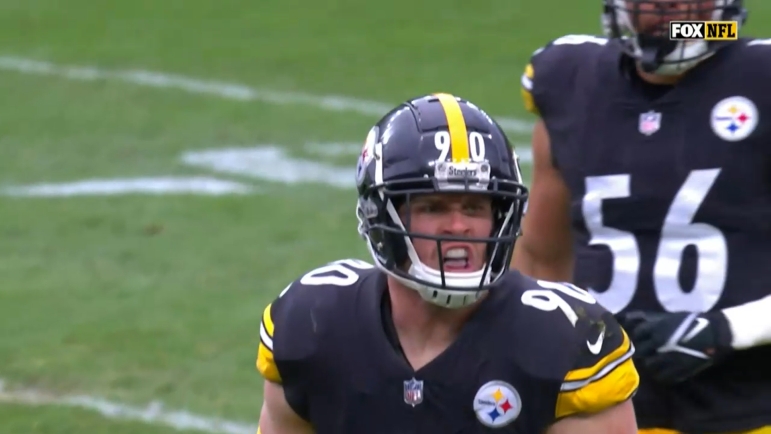 T.J. Watt’s return is obvious. His play is elite, the attention he commands obvious, and Pittsburgh felt that impact immediately in Sunday’s win over the New Orleans Saints. All things I noted in yesterday’s video and all things I think most fans understood. Watt’s a great player and he makes everyone around him better.

But there’s one other element of Watt’s return that shouldn’t be overlooked. It’s one we talked about last week prior to Watt’s official debut. Without him, the Steelers’ defense had to win schematically on every play, use an all-hands-on-deck approach to replace him. A buffet of personnel groupings and alignments to get by.

In Week 10, that all changed. Pittsburgh got back to its roots. Of the team’s 45 total defensive snaps, the Steelers used only five different defensive packages/formations: base 3-4, 3-4 over, nickel, big nickel, and dime. And the “big three” of 3-4, nickel, and dime made up 42 of those plays or 93.3%.

But let’s dive into the numbers to really highlight the difference. Below is a table of two groups. The number of different groupings and alignments used in each game (3-4 + 3-4 over + big nickel + three ILB package, etc) with the second number the percentage of strictly 3-4, nickel, and dime used in the game. You’ll see how much it changes with Watt compared to without him.

Week One with Watt, and that even includes the overtime he missed, saw the Steelers use just six different groupings with an 87.4% “core” defense rate. In Week Two against New England, they still only used six groupings but their core rate was cut by more than half, 40.9%, leaning more heavily on their 3-3-5 and other groupings to get by.

By Week Three and Four, they used a whopping nine different groupings, creating problems with getting the correct personnel on and off the field while their core rate stayed under/around 60% through the bye week. Against the Eagles, it hit a season-low 39.6%.

With Watt’s return in Week Ten, the team used a season-low five different groupings with a season-high core rate of 93.3%. The only exceptions were two snaps of their Over Front (both against Taysom Hill Wildcat looks, both successful stops) and one play of the team’s “big nickel,” three safety package that ended in a poor snap by the Saints that gained zero yards.

Bottom line: With Watt, the defense kept it simple, played fast, and got the job done. They didn’t have to blitz as often, allowing their front four to get home (9.7% blitz rate – easily the lowest of the season) and drop seven into coverage while still generating ten pressures on QB Andy Dalton, a tremendous 32.2% pressure rate, their second-highest of the season (only the Jets game was higher at 32.5%).

Instead of playing catch-up and trying to figure out the perfect answer and wrinkle without Watt, they could simplify the people and the scheme with him. Defense is a game of Jeopardy, trying to answer questions, and with Watt, the Steelers always have control of the board. They’re getting everything right. Without him, they’re flailing at the Daily Double and ending in the negative.

That’s the impact T.J. Watt has. In his play, that’s obvious, in the impact he has on teammates, that’s well understood, but the entire structure of the defense changes without him. It’s why he’s the Defensive MVP and his absence only reinforced that fact.