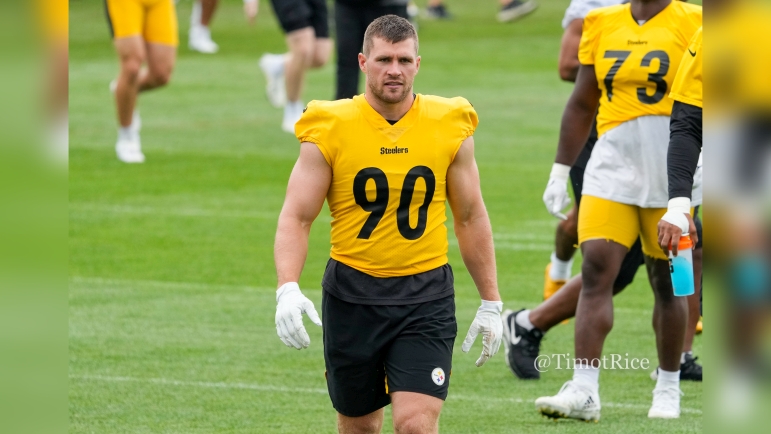 T.J. Watt returning to the Pittsburgh Steelers lineup is a huge boost for their defense. You don’t have to be an X’s and O’s junkie to understand his impact, the reigning Defensive Player of the Year taking his rightful place on the field to energize a Steelers’ pass rush that’s sorely missed him. If there’s a MVP on this 2-6 team, it’s Watt, whose value when unavailable has been so obvious the last seven games.

But there’s another benefit to Watt’s return. Pittsburgh’s defense is at its best, and really prides itself on, being a simplified scheme. Play fast. Play physical. Don’t overthink and get the job done. With Watt out of the lineup, Steelers’ coaches understandably threw everything at the wall to try to replace him. Malik Reed couldn’t just step in and be Watt, trying to do what he did.

Without Watt, Pittsburgh threw everything at the wall to replace him. And I mean everything. Since Week 2, the Steelers have used an incredible 20 different variations of personnel grouping and/or alignment, everything from their 3-3-5 defense with DEs standing up on the edge to their three inside linebacker package to their over fronts and all sorts of combinations in-between. Growing pains came along the way, the team struggling to get correct personnel on the field in the first weeks without Watt, though they ironed out those issues more recently.

It’s hard to fault Pittsburgh for that strategy. Replacing Watt wasn’t as simple as “next man up.” It took a village and even then, it clearly wasn’t enough.

Watt coming back to the Steelers makes them that simple, fast defense. Base, nickel, dime – that’s essentially what Pittsburgh will get back to. Sure, there will be variations with their over front and perhaps the necessity of using those extra packages will be wrinkles the team can sprinkle in going forward while Damontae Kazee’s return can offer the Steelers a three-safety package.

But Pittsburgh doesn’t have to get as creative and crazy with their approach to the game and all the unintended consequences that come along with that. Trusting more players to get things done, dealing with injuries and how they impact those plans, like when the team lost DeMarvin Leal two days before their Week 6 game against the Tampa Bay Buccaneers.

The bottom line is Watt’s return puts the power of the Steelers’ defense in its personnel. To trust their guys to win 1v1 battles instead of having to perfectly scheme things every single time. And that should make a world of defense as the Steelers try to get back on track this weekend against the New Orleans Saints.