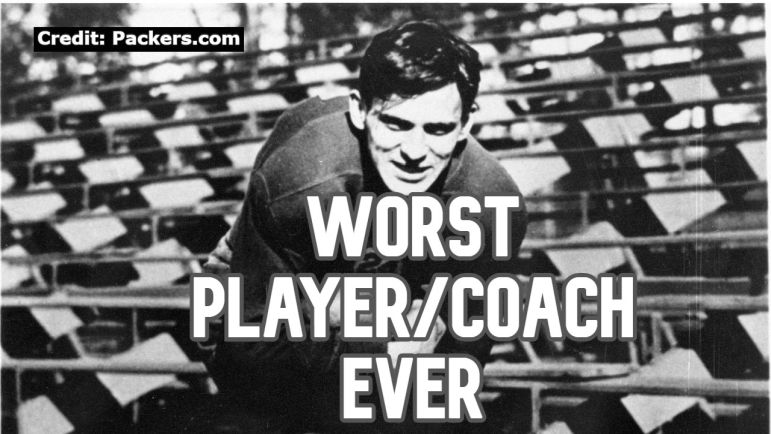 The Indianapolis Colts’ firing of head coach Frank Reich was a tad surprising but certainly not shocking. But their decision to hire Jeff Saturday to replace him was jaw-dropping. From ESPN analyst and high school coach to running the Colts in less than one week, it is one of the most radical shifts the NFL has seen in decades.

But it got me thinking. What are the strangest head coaching decisions the Pittsburgh Steelers have ever made? With three head coaches since 1969, you have to go way back to find some odd ones. But here are the three most baffling decisions Pittsburgh’s ever made.

Player/coaches in football’s early days were relatively common. But McNally was one of the worst. A crazy character with a ton of stories, McNally became the Steelers – then still called the Pittsburgh Pirates – head coach in 1937. It was a disaster.

In 1936, the Steelers went a respectable 6-6 and finished second place in the NFL East Division, the best season of the franchise’s young history. But McNally (whose nickname “Blood” comes from the movie Blood and Sand) immediately tanked the team. In 1937, they went 4-7 and in 1938, they bottomed out at 2-9.

McNally was much more of a player than a coach. That is, if he even made it to the game. One of the best stories about McNally has been told multiple times, including in Dan Rooney’s book but this excerpt comes from the wonderful Coffin Corner that’s written plenty about football’s early days.

“The story is often told, on one occasion Blood while player-coach for Pittsburgh attended a Sunday game in Los Angeles. Friends in the pressbox questioned Blood as to why he was on the West Coast and Blood replied that the Steelers had an open date. The scoreboard showed otherwise. Pittsburgh was in action without the boss being present”.

Yup, that’s McNally apparently missing a game he was supposed to play and coach in just to hang out in Los Angeles. In 1939, Art Rooney brought in Walt Kiesling to help. But the team regressed even more, finishing the year 1-9-1, and Blood’s time coaching was over.

As a head coach, his official record sits at 6-19.

In today’s world, college coaches occasionally make the immediate leap to the NFL. Kliff Kingsbury is one active example while Matt Rhule, Bill O’Brien, and Chip Kelly are other recent examples (though mileage clearly varies).

But how about an NFL coach who was coaching in college at the same time? That’s Aldo “Buff” Donelli, who attempted to pull double-duty in 1941 to be the Steelers head coach in the pro game while leading the Duquesne program at the college level.

Donelli was one of the game’s top college coaches and with the Pirates/Steelers flailing for the first decade of their existence, Rooney tried to tab Donelli to run his Pittsburgh franchise. From Rooney’s book, here’s what the NFL thought of the Steelers’ arrangement.

“NFL commissioner Elmer Layden got wind of the deal and voiced his displeasure in no uncertain terms. While Buff’s Dukes racked up victory after victory, his Steelers suffered defeat after defeat. The Steelers began to question Donelli’s allegiance. On one game day, the players asked, ‘where’s the coach?’ The response came back, ‘He’s out of town with the Dukes!’ That was the final straw for Layden, who demanded that Donelli make up his mind. ‘Either coach the Steelers or Duquesne, you can’t do both!’ For Donelli, the decision was easy; he’d stay with the winning Dukes.”

Donelli’s tenure in Pittsburgh last just five games, the Steelers lost them all, and they were outscored 146-47. It’s one of the worst and briefest tenures for a coach who clearly wasn’t all that interested in helping out the city’s professional football team.

This one is a little different. World War II’s draft depleted rosters and for two years, forced the Steelers to merge with other clubs just to field enough players. 1943 was the first year, combining with the Philadelphia Eagles to become what was known as the “Steagles.” In theory, everything was supposed to be combined, including coaches. Leading Pittsburgh was Rooney’s old friend Walt Kiesling while Greasy Neale ran Philadelphia’s squad. Now, they were co-head coaches.

Point blank, Kiesling and Neale hated each other. To the core. And now they were working together like some bad CBS sitcom. Again from Rooney’s book, the details on a prickly relationship.

“Pittsburgh coach Walt Kiesling and Philadelphia’s Earle “Greasy” Neale clashed almost immediately. The hard-headed Kiesling and the flamboyant Neale successfully merged the teams, but they couldn’t agree on anything – strategy, assignment, uniforms, not even what brand of coffee to drink. The whole thing would have broken apart had not [Steelers’ minority owner] Bert Bell stepped in. He proposed that Greasy run the offense, while Kies handled the defense. The men continued to battle over who would coach the guys who could play on both sides of the ball, but all in all the arrangement worked.”

Somehow, the team was somewhat successful, perhaps in part to the weird state of the league with so many stars not fighting for their country. The Steagles went 5-4-1 though that still was only good enough for third in their division. And in fairness, the ’43 Steagles were a whole lot better than the ’44 Chicago Cardinals/Steelers combination. That squad went 0-10 and was dubbed the “Carpets” for how teams walked all over them.

Obviously, these are old examples from the relatively early days of pro football when the game was far different. It was messier, grittier, and most teams were just trying to survive, including the Steelers. Since Noll, Pittsburgh’s been the model of consistency when it comes to head coaches. But the Colts’ shocking decision to tab Saturday as their next man in charge reminds me of those early days and how the Steelers used to be a rudderless ship for the first 35 years of its existence.