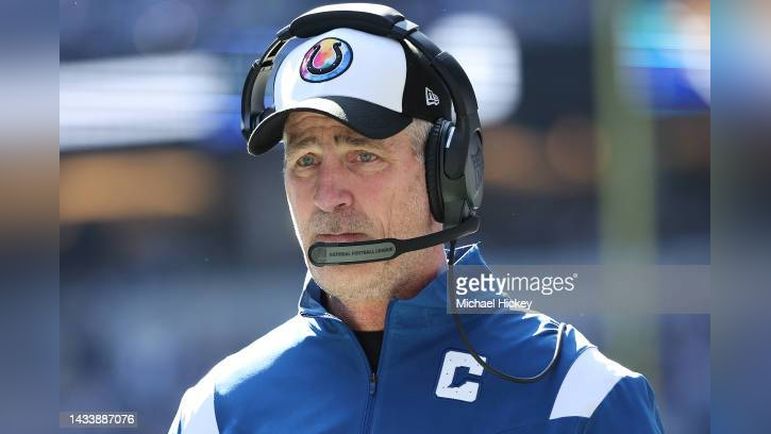 The Indianapolis Colts will have a new head coach when they face the Pittsburgh Steelers later this season. According to multiple reports, the team has fired Frank Reich following the team’s miserable 26-3 loss to the New England Patriots Sunday.

Frank Reich is out as the head coach of the Indianapolis Colts, sources tell ESPN. pic.twitter.com/8Rat1EvNBk

The Colts have been one of the league’s biggest disappointments of the year, dropping to 3-5-1 with yesterday’s loss. They have the NFL’s 32nd ranked offense averaging just 14.7 points per game. The team tried to save their season with a desperate in-season switch from veteran QB Matt Ryan, acquired from Atlanta in the offseason, to Sam Ehlinger. But it was a move that failed. In two starts, Ehlinger hasn’t thrown a touchdown and has been sacked eleven times. He was sacked a whopping nine times in yesterday’s loss to the Patriots. The Colts have lost three games in a row and after firing OC Marcus Brady on November 1st, the team has also let go of Reich.

As of this writing, there is no word on who will serve as interim head coach. It could be DC Gus Bradley, who has experience in that role.

The Steelers and Colts will face off for a Monday night game on November 28th. It’d be wise to take the “under” in that one.

An offensive-minded coach, Reich’s name could be in the conversation as Pittsburgh’s next OC should they move on from Matt Canada after the season. Pittsburgh hasn’t hired an out-of-house OC since Todd Haley in 2012.

In a shocking move, the Colts have named former center Jeff Saturday as the team’s interim head coach. Saturday had currently been a consultant for the team.

Breaking: Colts are naming their former six-time Pro-Bowl C and ESPN analyst Jeff Saturday as their interim head coach. Saturday has been a consultant for the team, is in its Ring Of Honor, and also was head coach for the Hebron Christian Academy football team in Dacula, Georgia. pic.twitter.com/VEmHOeSrFR