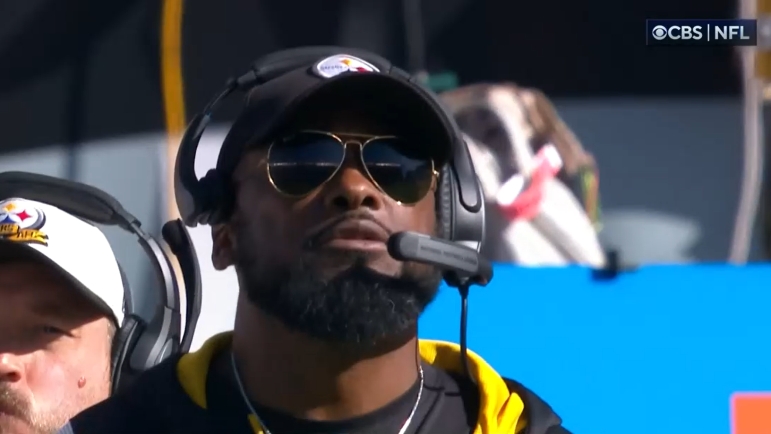 I’m not trying to write with black and gold colored glasses. The Pittsburgh Steelers’ playoff odds are still a country mile long. If you’re into the math, 7% based on this projection. But the Steelers have life and if they beat the Cincinnati Bengals this weekend, postseason talk will no longer be a fantasy. Still a hill to climb, sure, but there will be a path.

So to get you amped for kickoff, let’s walk through all that needs to happen for this team to get to 9-8 and have a realistic chance of sneaking into a Wild Card spot, similarly to what they did last year. There’s three components to it.

An obvious one. Night and day difference between 3-7 and 4-6. If they lose, stick a fork back in this Steelers’ team. If they win, there’s hope. Pittsburgh’s underdogs in this and understandably so and hey, I picked them to lose. But if I’m wrong, it’s been known to happen, 4-6 gives this team serious life. A “must win” game but if Pittsburgh pulls it off, that will be the discussion point throughout next week.

After tomorrow, the Steelers will have three divisional games remaining. Two against Baltimore and one – the regular season finale – against Cleveland. 3-0 is ideal, being undefeated always is, but 2-1 is acceptable. Ideally, that’s beating the Browns in the finale along with at least a split of the Ravens to go 2-1 over that stretch and 4-2 on the year against the AFC North. That should help out when it comes to tiebreakers. Piecing things together, beating the Bengals and going 2-1 against the North puts the Steelers at 6-7.

Which is asking a lot, especially for a Steelers’ offense still 31st in football. But the schedule is far more forgiving. Don’t want to call it easy, nothing in the NFL is, but the non-AFC North games are against the: Colts, Panthers, Falcons, and Raiders. Not exactly the best teams in football. Three of those games will be on the road and that makes things tougher but on paper, with this Steelers’ defense healthy and projected to play well, it’s possible for Pittsburgh to pull it off.

Put everything together and the Steelers finish the season 9-8. Is that enough to get into the playoffs? We’ll see. The AFC is a jumbled mess this year so I’d like Pittsburgh’s chances. But that’s the path. It’ll take a lot and to be *very* clear, I’m not saying or projecting it’ll happen. Still, this is the narrow course the team can take to have a tremendous second half turnaround and at the least, get back into the thick of the playoff conversation.