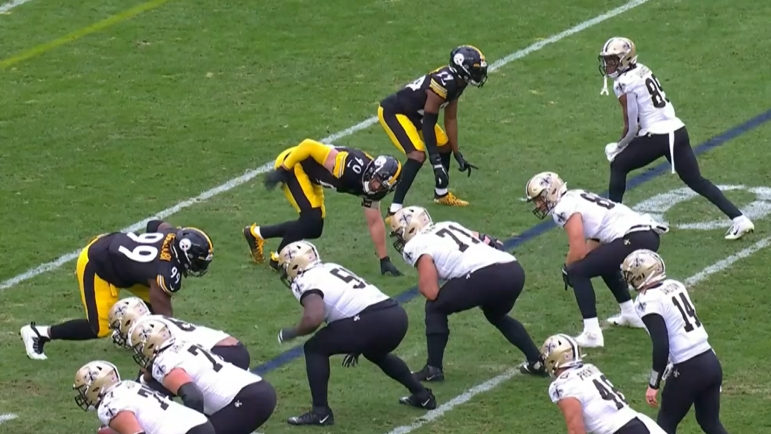 With yesterday’s win over the New Orleans Saints, the Pittsburgh Steelers have (slightly) new life at making the playoffs. According to the betting market, the team now has a 7% chance of making the postseason. Far from good but better than where the team was entering Week 10 sitting at 2-6.

The Draft Network’s Jaime Eisner tweeted out the odds list earlier in the day.

As the numbers show, the Steelers still have the sixth-worst odds in football. The only teams below them are the Detroit Lions, Carolina Panthers, Las Vegas Raiders, Chicago Bears, and Houston Texans. At 3-6, the Steelers remain in last place in the AFC North that isn’t look as bad as it did a few weeks ago with the Baltimore Ravens and Cincinnati Bengals sporting winning records.

While the AFC and frankly, the NFL, has been a jumbled mess this season, the Steelers will still need to go on one heck of a run to truly see realistic playoff odds. A win in Week 11 over the Cincinnati Bengals would be a crucial way to jumpstart things. Pittsburgh does have four divisional games remaining, one against the Bengals, one versus the Cleveland Browns, and they’ve yet to play the Baltimore Ravens this year. Going 3-1 in those games while defeating the non-AFC North teams on their schedule would be a the team’s path.

Aside from the North, the Steelers face some struggling teams ahead on the schedule. Two of them, the Indianapolis Colts and Carolina Panthers, have already fired their head coach while a third, the Las Vegas Raiders, may do the same with Josh McDaniels. The second half of the team’s schedule looks far more forgiving than the first and while the Steelers’ odds of making the playoffs are remote, they’re no longer a true fantasy. While few will consider the notion right now, a win over the Bengals would bring that conversation back into light with a Steelers’ defense much-improved thanks to T.J. Watt’s return and a unit that will get Minkah Fitzpatrick back within roughly two weeks.

The team with the best playoff odds remains the undefeated Philadelphia Eagles. In the AFC North, the Ravens sit at 95%, the Bengals at 56% and the Browns at 13%.