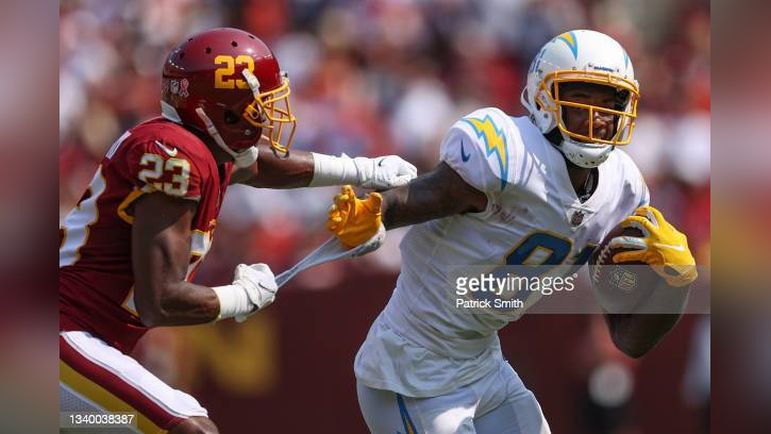 With a bye week to get acclimated to his new team, CB William Jackson III is in line to start as the Pittsburgh Steelers come out of the bye week and into Week 10 against the New Orleans Saints. Speaking to reporters Wednesday, DC Teryl Austin said it’s “feasible” for Jackson to start next weekend, benefitting from the bye to get more practice reps.

Here’s what Austin said via the PPG’s Ray Fittipaldo.

Teryl Austin said it’s feasible new CB William Jackson will start against the Saints. He said it will depend on how he picks things up in practice and comfort level by the coaches. He practiced today. Steelers have four days off now and won’t practice again until Monday.

It sure sounds like Jackson will start when he’s ready. Having the bye week on top of next week’s practices, a veteran like Jackson should be able to slide into the starting role. He’s also seeing a somewhat familiar face in Austin, who was his DC for a brief time in Cincinnati.

Yesterday, the Steelers traded for Jackson, a low-risk move that sent a 2025th conditional 6th round pick for Jackson and a 2025 conditional 7th rounder. Pittsburgh’s cornerback room has been hurt by injuries and poor play. Levi Wallace and Josh Jackson missed last Sunday’s game against the Philadelphia Eagles while Ahkello Witherspoon struggled, leading to him being benched for James Pierre. Witherspoon has been arguably the Steelers biggest disappoint this season. Their best cover corner the final six weeks of 2021, he was counted on to be the team’s top corner this year. Inconsistency has always been his fatal flaw and he’s likely fallen out of favor with the coaching staff, leading them to acquire a guy like Jackson.

Jackson was miscast in Washington’s slightly more zone-heavy defense and fell out of favor, inactive since Week 5. The Commanders were poised to release him if they couldn’t find a trade suitor.

After missing out on him in the 2016 NFL Draft, the Steelers finally nab Jackson. But he’s now a 30-year old corner who has regressed in recent years. Perhaps a new system that better suits his ability will rekindle his career though he’ll have to play exceedingly well for the Steelers to pick up his offseason roster bonus and pay him his over $9 million base salary in 2023.

Check out our Jonathan Heitritter’s film breakdown on Jackson below.