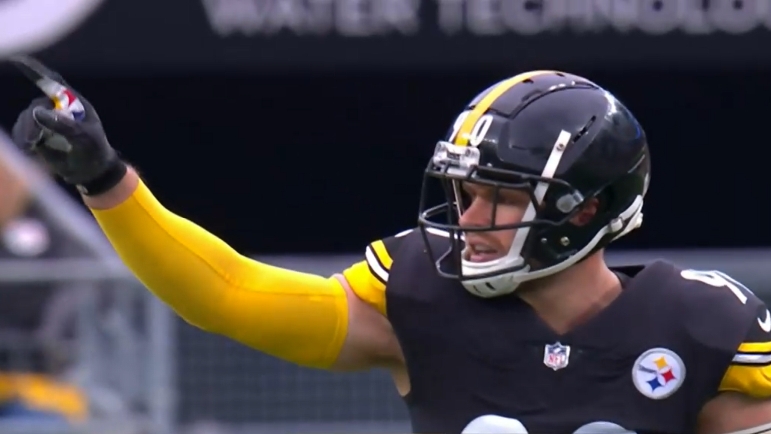 The Pittsburgh Steelers got outside linebacker T.J. Watt back on the field today for the first time since the opener. He spent the past eight weeks on the Reserve/Injured List with pectoral and knee injuries. Having resumed practice a couple of weeks ago, he made his second-half debut against the New Orleans Saints in a strong effort.

While defensive coordinator Teryl Austin and head coach Mike Tomlin talked about the importance of monitoring him and how they can’t trust Watt to monitor himself, the did play a healthy amount of snaps. There were times where it seemed they were using him situationally to give him time off, but all in all, he looked like himself.

And he felt like himself as well, as he told reporters after the game. “It felt good. Felt really good. It probably won’t feel really good tomorrow, but I felt good today”, he said via the team’s website. He also said that he did not feel limited in any way—or, almost any way. “Aside from my legs feeling like wet noodles, that was about it”.

The fact that Watt also had a knee issue during the period in which he was sidelined means that it was difficult for him to keep his cardio up. They gave him time to get a few weeks’ worth of practice under his belt, however, before putting him back on the field.

While he did not register a sack—he very nearly did, but it instead just went for a tackle of Andy Dalton—he officially finished the game with four tackles and a quarterback hit. All four of his tackles were defensive stops.

We don’t have snap counts just yet, but we do know that Malik Reed played, even if he did not officially register a statistic. It should be safe to presume that Watt will play a higher percentage of the snaps moving forward.

The Steelers’ next game is a big one, another game at home, this time against the Cincinnati Bengals. They managed to catch the Bengals sleeping in the opener for one of only three wins on the season. They may be the healthier team right now between the two.

The Bengals are idle this week on a bye, but they are winners of three of their last four to go into the break at 5-4. Those wins are over the Saints, Falcons, and Panthers, however, but they do have wins over the Dolphins and Jets.

Watt’s impact was felt not just in his own play but in the play picking up around the defense. Alex Highsmith had two sacks, and the run defense and the pass rush were both improved and more consistent, complemented by defensive backs finishing plays on the back end.

It will take him longer to get right after this game due to the time off, but I’m sure it feels a lot better coming off of a win.