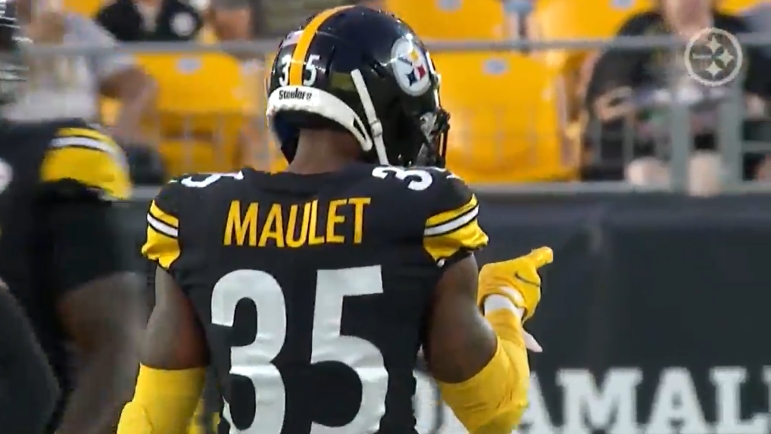 As we’ll do every week to get you ready for the upcoming game, our X-Factor of the week. Sometimes it’s a player, unit, concept, or scheme. Here’s our X-Factor for Monday’s game against the Indianapolis Colts

When it comes to playing the Colts, it of course begins with stopping Jonathan Taylor and that run game. Indianapolis’ ground attack isn’t quite as deadly as it was a year ago but it’s still potent as heck and compared to Pittsburgh, looks like the great rushing game the world has ever seen.

Still, my concern lies with the Steelers’ pass defense. Specifically, their sub-package groupings. For all of last year and for the start of this year, CB Arthur Maulet had a specific and niche role. Run down slot corner. His strengths are in his tackling and his run defense. His weaknesses are in his man-coverage ability. Though injuries have forced the Steelers’ hand at times this year, even when the group’s been healthy in recent weeks, Maulet has suddenly turned into an all-situations corner, run game and pass game.

He’s already nearly doubled that third down total with the rest of 2022 to play. Again, injuries have put this team in tight spots this season but last week, the group was largely healthy. They had options to take Maulet off the field. They could’ve either replaced him with Tre Norwood in the slot, something they routinely did a year ago, or bumped Cam Sutton inside to the slot and played James Pierre at RCB. Pierre has impressed in every opportunity given this year and why the team refuses to play him more, instead trading for a broken backed-William Jackson is beyond me.

After Maulet (and to be fair, the rest of the secondary) got torched by Tee Higgins and company last week, will the team make any changes? The Colts have good size at receiver, guys like Michael Pittman (6’4, 223) and Paris Campbell (nearly 6’0, 205 pounds). It’s hard for the Steelers to keep going back to the same thing. But at the same time, they know they want and need to stop Taylor and that run game and Maulet would help in that mission.

At the least, they need to make changes in the uber-obvious passing situations. 3rd and 7+, end-of-half, end-of-game, where the run game isn’t on the table. Maulet still and of course will play. He has value. But the Steelers have overstretched his role and played outside his limitations. It’s hurt them before. It can’t hurt them again. Or else it’s going to result in a loss.