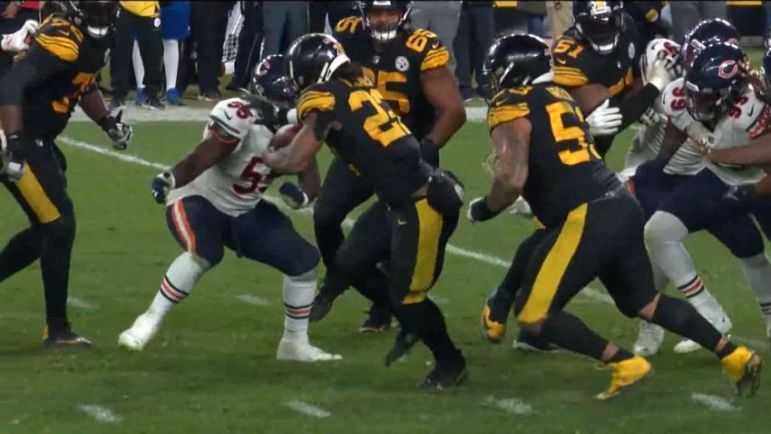 The Pittsburgh Steelers will break out their fan-favorite color rush uniforms for Sunday’s game against the Cincinnati Bengals. The team made the account in social media style moments ago with this fun version of the George Pickens draft day meme.

It’s the first time the Steelers will wear their color rush uniforms this season. It’s a good luck charm for the team. Dating back to 2016 when the team began wearing them, the Steelers are 7-1, their only loss coming in 2019 to the Buffalo Bills. Last year, the team donned them in their primetime win over the Chicago Bears.

Pittsburgh will host the rematch with Cincinnati this Sunday at 4:25 PM/EST, a game initially scheduled for Sunday night but flexed out last week. The Steelers beat the Bengals in Week One, 23-20 in overtime, thanks to a Chris Boswell game-winning field goal. But these two teams will look different than that first meeting. Pittsburgh has a new quarterback in Kenny Pickett while Boswell will miss the game due to a groin injury. Cincinnati is unlikely to have star WR Ja’Marr Chase, still battling a hip injury that’s caused him to miss the last two games.

The Steelers enter the game as home underdogs but if their jerseys are any indication, they’re in prime position for an upset win.