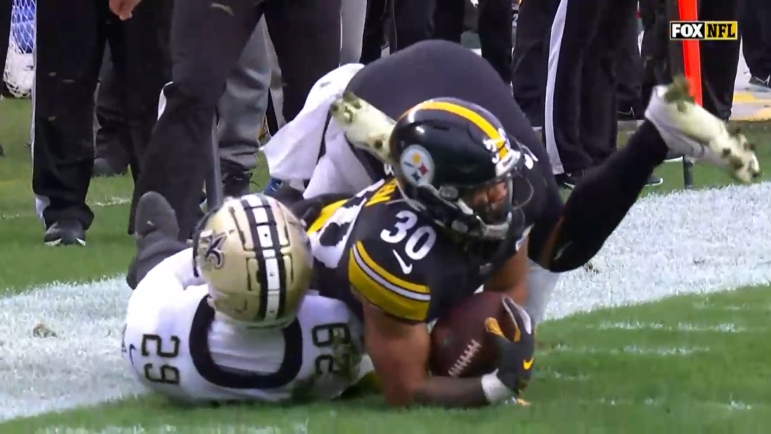 While RB Najee Harris’ status is uncertain for Sunday’s game against the Atlanta Falcons, it’s looking increasingly likely that backup Jaylen Warren will play this weekend. And it could vault him into a starting role. Speaking to reporters Wednesday, Warren said he’s been cleared to play and practice.

Here’s what he said via The Trib’s Chris Adamski.

Warren suffered a hamstring injury early in the team’s Week 10 win over the New Orleans Saints. He missed the Monday night game against the Indianapolis Colts. Without him and with Harris suffering an abdominal injury, the Steelers turned to the combination of Benny Snell and Anthony McFarland to beat the Colts, the Steelers rushing for 172 yards on the ground.

If Warren can play and if Harris sits out, Warren could earn his first career start. He’s impressed since the summer, making the team as an undrafted free agent. Since, his role has expanded, taking over third down duties by Week 5 and seeing his role increase on early downs, too.

On the year, Warren’s rushed the ball 38 times for 190 yards while chipping in with 16 receptions and making several key conversions through the air.

The team will officially release its first injury report later today and it sounds like Warren will at least be a limited participant. Pittsburgh will travel to Atlanta to play the Falcons Sunday afternoon.