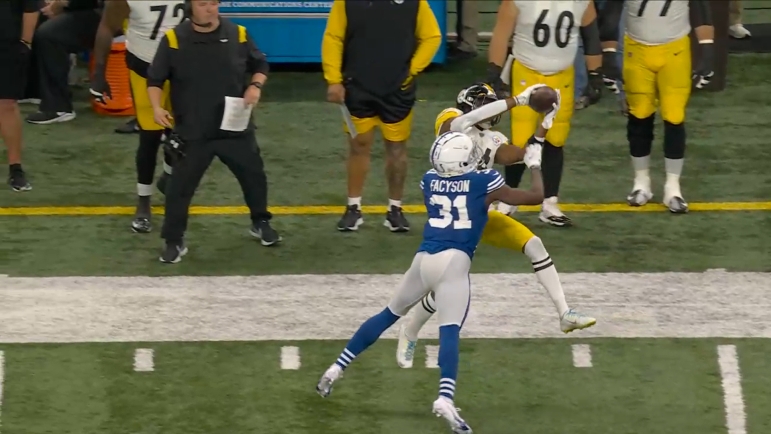 In the first few games of his career, Pittsburgh Steelers rookie quarterback Kenny Pickett struggled when throwing the ball down the field. It was super apparent in weeks seven and eight as he struggled completing passes ten yards or deeper.

In Week Seven against Miami, Pickett was returning after exiting the previous week early with a concussion, and played alright overall, but as the Steelers tried throwing the ball deeper as they tried to mount a comeback, Pickett had some struggles. According to NFL’s Next Gen Stats, Pickett completed five passes of further than ten air yards (one being a touchdown) while throwing seven incompletions (three being interceptions). 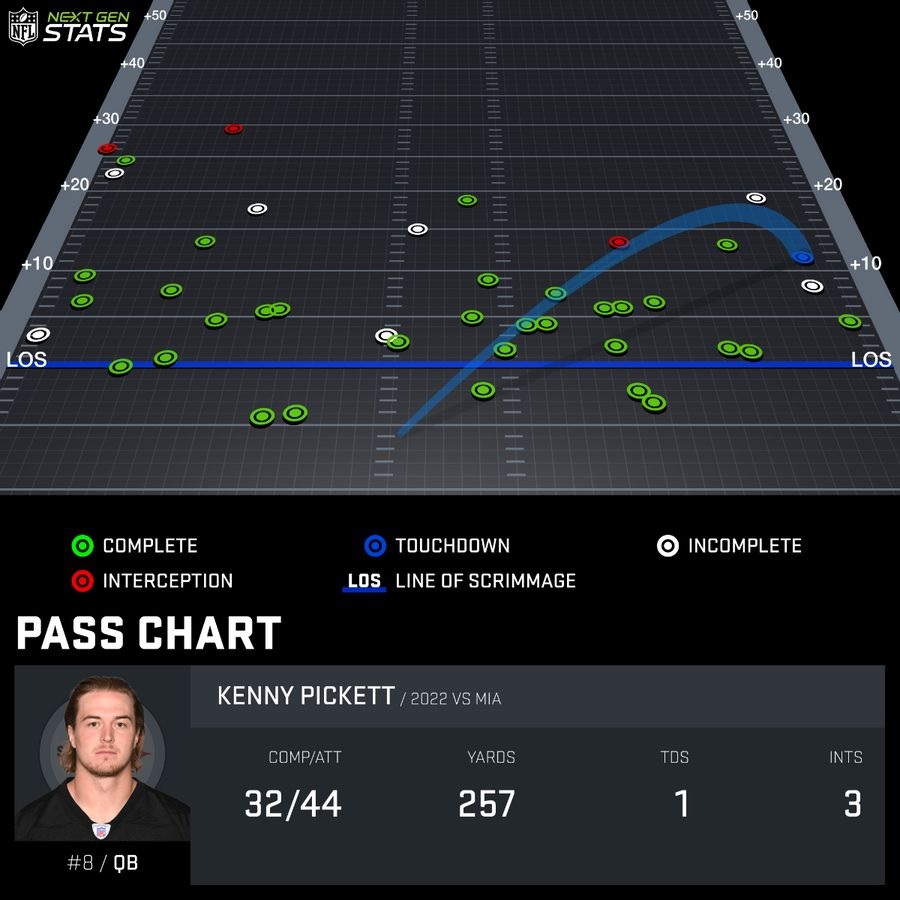 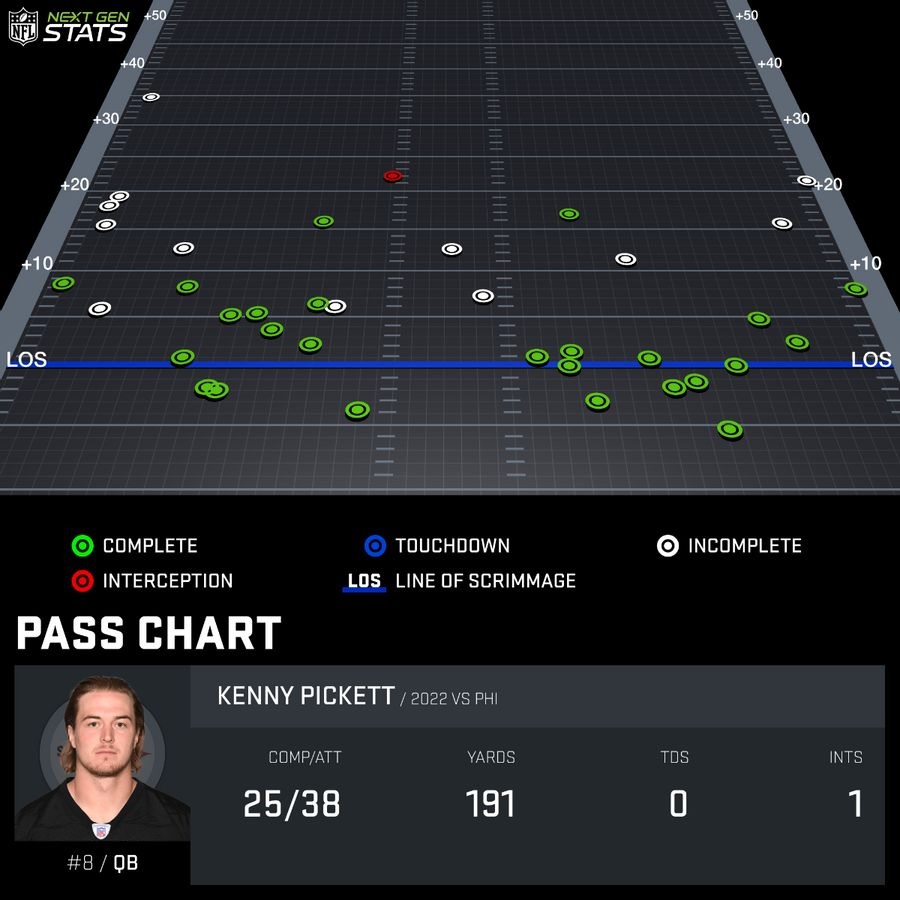 However, since the Steelers bye week in Week Nine, Pickett has taken steps forward in his ability to throw the ball down the field, and this has led the Steelers offense to look the best it has all season.

Pickett looked average in the Steelers Week Ten win over the New Orleans Saints, but in the last two weeks his ability to throw down the field has really been on display. Starting with the Steelers Week Eleven loss against the Cincinnati Bengals, Pickett had a really good first half throwing the ball all over the field against a good Bengals defense. Next Gen Stats has Pickett completing seven passes of ten air yards or more and throwing seven incompletions.

In fact, you can argue Pickett should have had eight completions of over ten air yards if George Pickens doesn’t drop a beautifully placed ball down the left sideline. Notably, Pickett tossed a touchdown in the game that traveled over 20 air yards and threw no interceptions. 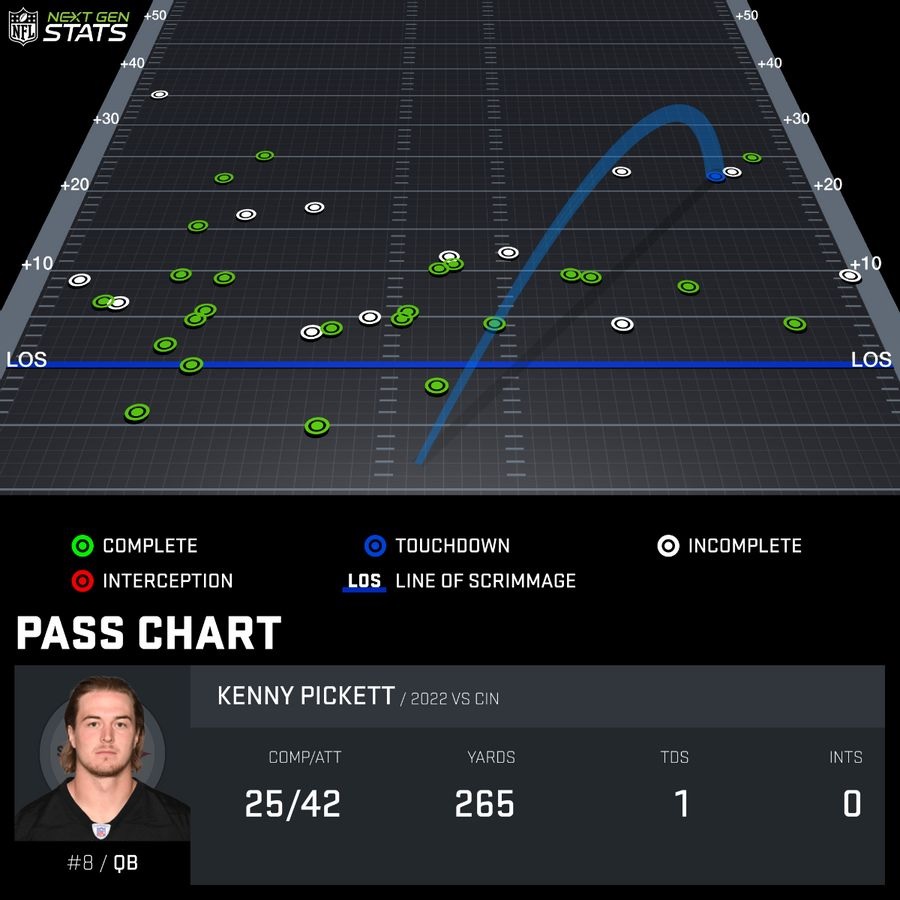 Last night, Pickett one again looked pretty good throwing the ball downfield, and when you compile his whole performance it was the best of his young career. Pickett did not throw it deep too much, but when throwing for ten yards or more Next Gen Stats says he went 2/5 with no interceptions. While certainly not great, a Pickens’ drop did not help the numbers, and he did not turn the ball over which is something he struggled with in his first few starts. 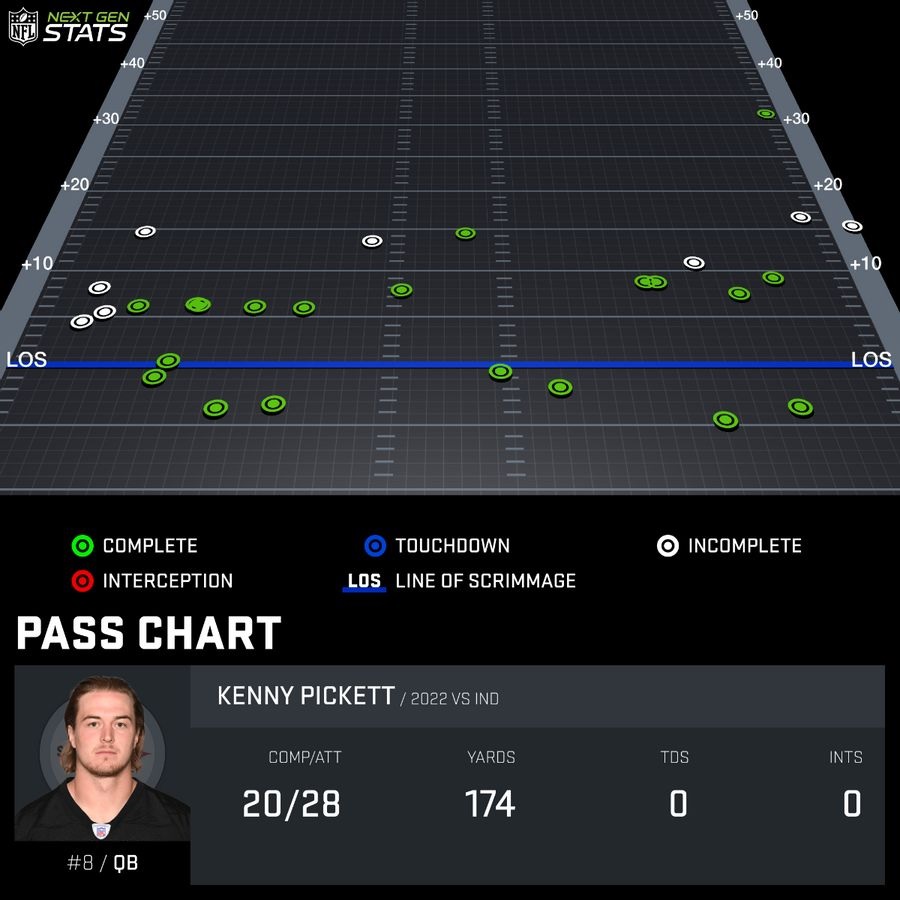 In his last two starts, Pickett went 9/21 when throwing the ball ten yards or further, which doesn’t seem like much of an improvement, but jumps his completion percentage up from 29% up to 43% (and it could have been better if not for a couple of drops).

It is going to be a process with Pickett and seeing improvement like this is encouraging. He was never going to be prime Ben Roethlisberger or Peyton Manning out of the gate, and after a shaky start he is starting to visibly improve. If he can continue this trend of playing well and becoming smarter and more accurate with his deep ball, the Steelers can feel confident going into the draft that they have their franchise quarterback and that it will be time to build a championship caliber squad around him.