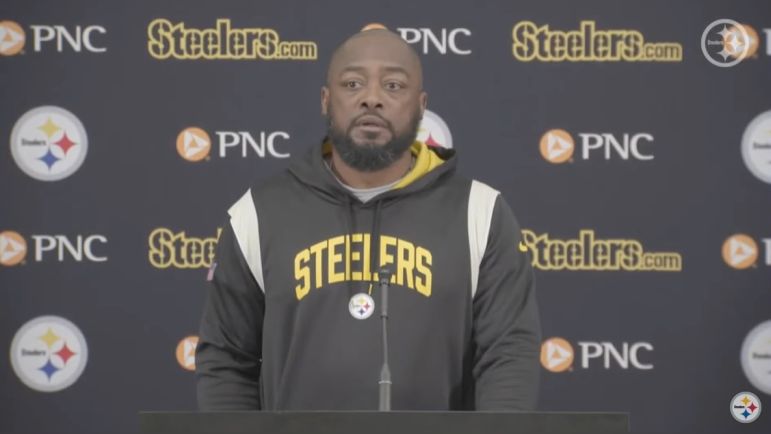 Coming off a Week 8 loss to the Philadelphia Eagles, QB Kenny Pickett drew headlines with his postgame commentary that the Steelers “don’t study enough.” But Mike Tomlin would seem to disagree. Asked about those comments during his Tuesday press conference, Tomlin showed little concern over the team’s work ethic.

“I don’t know what he was referring to there, so I’m not gonna try to add any color to an opinion,” Tomlin said via the team’s YouTube channel. “I believe our guys study it at appropriate level and I’ve seen that continually throughout this process, whether it’s bye or or normal game week.”

Likely frustrated after another loss, Pickett said players needed to work harder during the week in order to play better on gameday. Here’s what he said after taking the podium following the Steelers’ 35-13 loss to the Eagles.

“We need to study more. I don’t think we study enough as a group. There’s way too many penalties and stuff like that, which we can control.”

As Pickett noted, it was a more specific reference to the Steelers surge of offensive penalties that have stalled out an already bad offense in losses to the Miami Dolphins and Eagles. Pittsburgh had three offensive penalties in the second half of the Dolphins’ loss while they had five in the first half of the Eagles’ game, putting them in another hole they couldn’t climb out of. Unforced errors solely in the Steelers’ control and killing the team’s long odds of putting points on the board.

Tomlin is the second coach to downplay Pickett’s comments. During the bye, OC Matt Canada said that was Pickett’s opinion but not one that was necessarily true.

“Kenny, he’s speaking for himself. We gotta play better. We can’t make the same mistakes over and over. And I think that’s what he was speaking to.”

Pickett’s done his best to emerge as a leader on a Steelers’ offense desperate for one, a young unit with new pieces all over the place and lacking leadership to get this team through a tough stretch of the season. To see Steelers’ coaches downplay that, and Pickett’s comments seemed on the mark, isn’t a great look, though the buffer of the bye week makes it easier to forget what Pickett said in the first place. Regardless, what the Steelers need to do more is win. Sitting at 2-6, they’re last in the AFC North and would hold a top-five pick in the draft if the season ended today. They’ll look to avoid their first 2-7 start since 1988, a year in which they started out 2-10 before finishing the year 5-11.