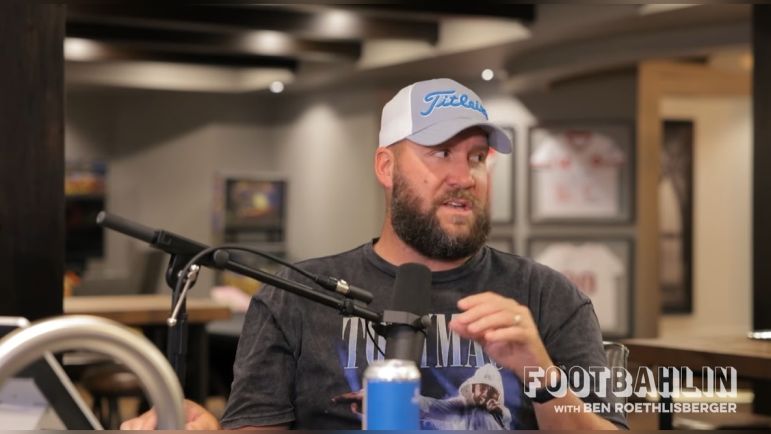 Former Pittsburgh Steelers quarterback Ben Roethlisberger sat down with Bob Pompeani on Footbahlin and addressed the possibility of being an offensive coordinator in the future.

In a segment where Roethlisberger discussed why he would not be interested in broadcasting like Tony Romo and other former players, Pompeani brought up the commonly asked question about whether he would ever consider being an offensive coordinator in the future.

“We get called all the time, people say ‘Put Ben, bring him in the booth be an offensive coordinator. He can call plays.’” Pompeani said mimicking callers. “And I answer for you saying there’s no way he would do that given the time commitment.”

So, it looks like fans of the Steelers could put that dream of Roethlisberger coming back to coach away. Roethlisberger was prolific when calling his own plays, especially towards the end of games. The Steelers offense was anemic until Roethlisberger started calling plays around the two minute warning in the second quarter and again in the fourth quarter in his last two seasons.

This is the big reason why many fans want him back to coach the offense as the Steelers’ offense continues to struggle with offensive coordinator Matt Canada in charge. Many people believe that if Roethlisberger was in charge the Steelers offense likely would not have the problems it has.

Not only does Roethlisberger want to spend time with his family (deservedly so), but also hiring Roethlisberger likely will not fix the offense’s woes. To put it bluntly, Roethlisberger was a generational talent at quarterback. Having him call plays may not work because other quarterbacks don’t have his skill. Yes, his ability had waned in his past couple of seasons, but Roethlisberger’s experience took over. With him not seeing everything from the view of the quarterback and as defenses continue to evolve his ability as an offensive coordinator might not even be good. In all honesty, there is no guarantee he is a better offensive coordinator than Canada.

Roethlisberger had an amazing 18-year playing career, and now he wants to spend time with his family. With him shooting down the idea of being either a broadcaster or offensive coordinator Roethlisberger will enjoy his retirement with his family and talk football and love on his podcast. In a few years though, he will be enshrined in Canton, Ohio as a Hall-of-Famer.