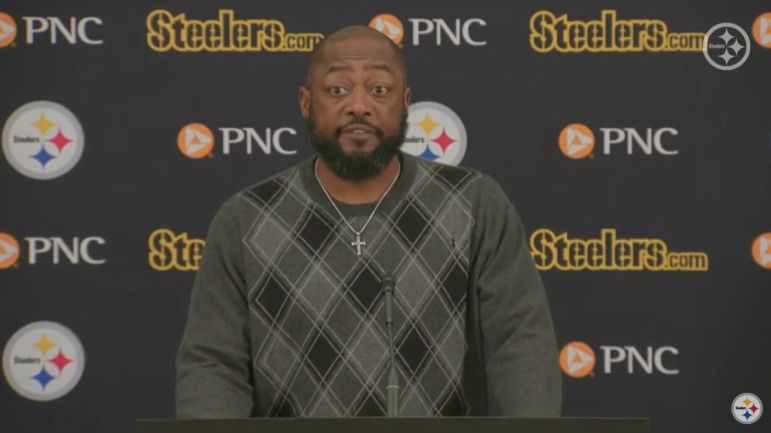 When Tomlin was asked about RB Najee Harris’ comments after the game that the team had used the bye week to examine what they were doing in order to make changes to improve the overall culture of the building, Tomlin answered stating that the organization is merely doing what it must to improve the outcome of games and field a winning football team on Sundays.

“We’re continually turning the stones over in an effort to change the outcome of games,” Tomlin said to the media Tuesday on video from the team’s YouTube channel. “And I’ve been repeatedly acknowledging that as I come in here on Tuesdays and if he mentioned anything in that regard, it’s those efforts. I’m open to change. I’m open to doing whatever’s required for us to get better, in all areas, divisional laborers, schematics, et cetera. And so, those have been the ongoing discussions. And so, it shouldn’t be surprising that somebody acknowledges that we are doing things differently. We have to. We hadn’t won enough games, and so we better keep turning the stones over until we find the rhythm that we desire.”

Harris mentioned after the game Sunday in the locker room that the Steelers made a concentrated effort to change the way they did things outside of football to elicit a change on the field when it comes to in-game performances. Some of those changes that had been mentioned in the past by Harris as well as QB Kenny Pickett are more attention to detail in practice, more time studying film, and more time learning the playbook to avoid self-imposed errors that the Steelers’ offense kept having in recent weeks in lead up to their bye week.

Mike Tomlin has mentioned for weeks now that changes needed to be made to improve this team’s dreadful performance on the football field to start the 2022 season. Those changes weren’t ground-breaking as many Steelers fans were hoping for like firing OC Matt Canada or trading for an impact OL before the trade deadline. Rather, they were incremental in nature like allowing the OL to experience growing pains together, divide up touches in the backfield differently between RBs Najee Harris and Jaylen Warren, or change to more of a run-heavy approach to put less pressure on Kenny Pickett to have to throw 50+ times a game.

While big changes can be more immediate, Tomlin has always preferred approaching situations with a level head. This mindset of staying steady kept the Steelers from making any drastic changes, but rather going through the tough growing pains together as the offense has started to click more after this Sunday’s win and the defense coming back into its own after the return of S Damontae Kazee and OLB T.J. Watt. While these aren’t huge stones that Tomlin and the rest of the team has overturned in search of improving on the field, he has nonetheless made the effort to look at potential avenues where change could be made without shaking the foundation which appears to have yielded positive results.