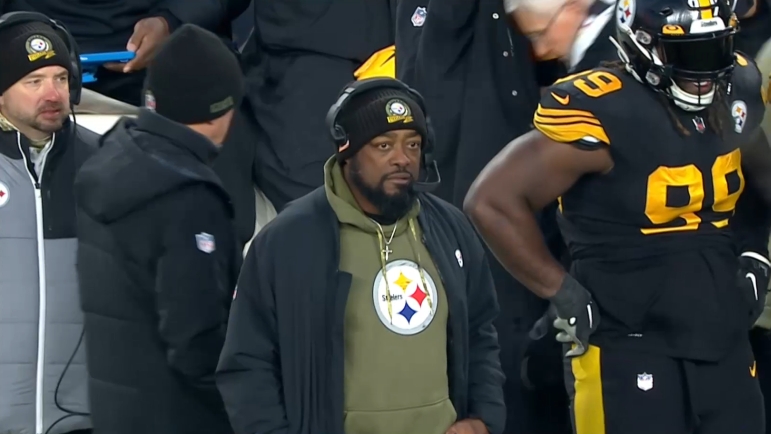 When Tomlin was asked about the team’s lack of executing after the game and how he can better coach this unit to execute their assignments on the football field, Tomlin responded that they are continually working to achieve better results than they have had for most of the 2022 season.

“We will always be trying to put that eight pounds in a five-pound bag,” Tomlin said to the media Tuesday on video from the team’s YouTube channel. “That work is never done. From a professional football standpoint, probably no different than shooting an NBA basketball. Everybody knows that those guys are capable shooters, but they got to be hot at the appropriate time and in end game, and it’s the same thing from an NFL perspective. We will never stop talking about execution. It could be Week 17-18; we still will be having that discussion because it’s never ending.”

Tomlin is between a rock and a hard place as his team has consistently struggled to close out games this season. Pittsburgh was in-position to capture wins against the Patriots, Browns and Jets in Weeks 2-4 this season, but failed to execute down the stretch in the second half of each of those games, causing the Steelers to lose three-straight at the beginning of the season. The same happened on Sunday Night Football against the Dolphins where Kenny Pickett put together two promising drives in the fourth quarter but threw two costly INTs that effectively lost the game.

Those execution problems followed Pittsburgh into their matchup with the Bengals in the second half when the offense sputtered and the defense started bleeding yards and points to the Bengals offense, leading Pittsburgh to blow a lead at halftime and lose a game they had a good shot of winning.

Tomlin’s ‘Tomlinisms’ have been fun to listen to and you respect a coach that actively stands up for and supports his players, but Pittsburgh hasn’t been held to the same standard it used to when this team was consistently in the playoffs and pushing for the chance to play in the Super Bowl. Tomlin’s teams have vastly underwhelmed in terms of playoff berths and playoff wins since Pittsburgh’s last Super Bowl appearance back in 2010, adding up to 12 years of not meeting expectations.

Strange to see the Steelers on a list regarding playoff futility. pic.twitter.com/a7TAikfB8e

While no one is calling for Tomlin to make drastic cuts on the roster or blow up his coaching staff midseason to produce changes, sticking to the norm and doing the same thing over and over again is flat out insanity as Albert Einstein’s definition of the term suggests. Until Tomlin starts holding his team accountable for their continued lack of execution and makes moves that actual elicit changes in on-field performance, continue to expect Pittsburgh to fall below the mark in terms of meeting the expectations of ownership and the fan base.

“I don’t,” Tomlin said regarding if his team should be further along in its development at this point in the season. “I’m not in any way frustrated by its development or lack of, I just know as a coach and particularly as a coach that’s been doing it for a while, that it’s, it’s continual.”