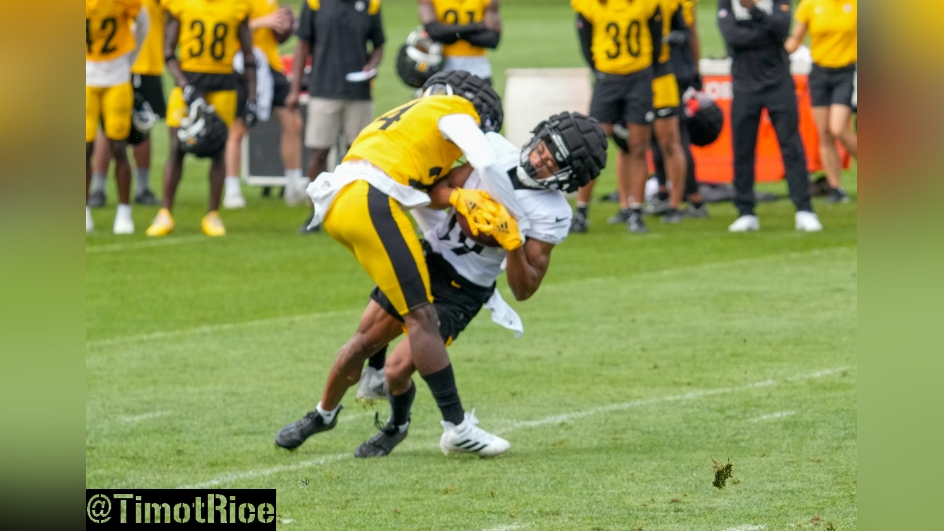 The Pittsburgh Steelers are getting much-needed reinforcements this weekend in a must-win game against the New Orleans Saints. The first name that comes to mind is reigning DPOY T.J. Watt, who is returning from IR. The team is now 1-8 without Watt, and had nearly more sacks with him in Week 1 than they have in the seven games since. Another under-the-radar return from IR is safety Damontae Kazee, a free-agent acquisition with plenty of starting experience. When asked on The Mike Tomlin Show Saturday, Tomlin commented on the significance of the veteran safety’s return.

“In today’s offensive specialization and defensive specialization to match another viable veteran guy at the secondary position will be very helpful to us.” Tomlin said when asked about the return of Kazee. “He’s versatile, he can play in the deep post, and he can also play down. He was a really good contributor at the early stages of team development. We’re excited to see what he can bring in situational components of play.”

With the news of All-Pro safety Minkah Fitzpatrick being ruled out on Sunday and potentially longer with an appendix, Kazee’s return is increasingly valuable. Either way, Kazee has plenty to offer for this struggling Steelers’ secondary that ranks towards the bottom of the league in several metrics.

Drafted in the fifth round by the Atlanta Falcons out of San Diego State University in 2017, Kazee is among the most experienced defensive back for this team. Kazee has three full years of starting experience, and has played the majority of his career to this point under current Dallas Cowboys defensive coordinator Dan Quinn’s 4-3 system. The veteran safety led the league in interceptions in 2018, and has experience playing the nickel back role with the Falcons.

As Tomlin mentioned, Kazee has experience playing several roles in the secondary. In training camp, he was able to get reps with the starting team due to a previous Fitzpatrick injury, and impressed in doing so. While the team may go to Tre Norwood to replace Fitzpatrick rather than Kazee, the veteran safety will inevitably find himself on the field in sub-packages. Tomlin indicated this when referencing situational components of play, and it only makes sense to not rush him into the starting role on his first game back.

The Steelers have struggled in several key areas in the secondary this season that Kazee can help with. For example, according to PFF, nickel corner Arthur Maulet is allowing a 118.8 passer rating, which is especially not ideal given his increased role due to injuries. While he played a different position, Kazee only allowed a 63.5 passer rating in 2021. If there is one player that Kazee may take away snaps from on Sunday, it may just be Maulet.

The fact is, this is not a secondary that can afford sub-par play given the ineptitude of the other side of the ball. Granted, the competition is only getting easier, as they have faced high-powered passing attacks such as Buffalo Bills’ Josh Allen and Philadelphia Eagles’ Jalen Hurts. However, the play to this point is not living up to standards, and hopefully Kazee’s return will lead to improvement.