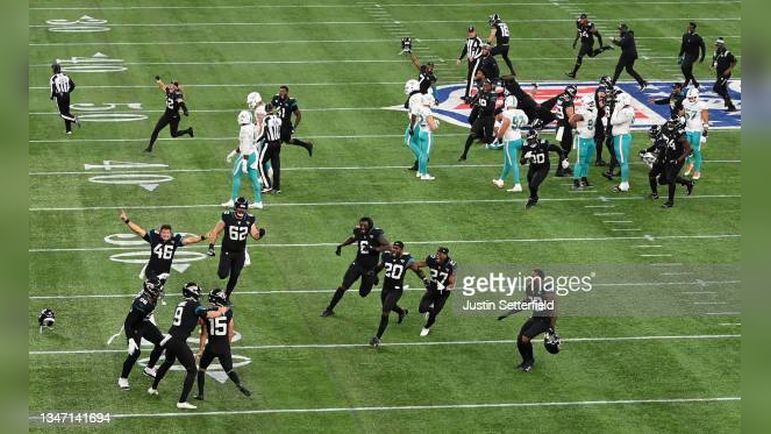 Matthew Wright is used to bouncing around place to place. And nothing says a journey like coming back to where you started. Wright broke into the NFL with the Pittsburgh Steelers in 2019. Since, he’s bounced around the league, worn a bunch of uniforms, but he’ll return to Pittsburgh this weekend when the Steelers face the New Orleans Saints.

Speaking to reporters hours after being signed, Wright said he’s excited for the chance to kick again.

“Anytime I can kick a ball, I’m happy,” he said via The Trib’s Chris Adamski. “Go out there and do what I do best. Put the ball through the uprights. That’s all I can focus on.”

Like most kickers, Wright went undrafted in 2019. A solid kicker at UCF, he was as good in the classroom as he was on the field, an engineer major who worked at Lockheed Martin before finding consistent NFL footing. He spent the 2019 training camp with Pittsburgh, showing accuracy but lacking a big leg with a maximum range of about 50 yards.

But sticking with football gave him more time to train and his leg strength has improved because of it. He made his NFL debut with the Steelers in 2020, going 4/4 on field goals and 7/7 on extra points in three games with the team. Wright saw extensive time with the Jacksonville Jaguars in 2021, making 87.5% of his field goals in 14 games and going 4/6 from 50+ yards, including a 54 and 53 yarder in the same game to beat the Miami Dolphins.

The highlight of his time with the Jaguars was the game-winning field goal against the Dolphins in London to end the Jags losing streak. pic.twitter.com/DlC3zpJktR

But he destroyed those numbers earlier this year with the Kansas City Chiefs. Replacing the injured Harrison Butker, Wright hit from 59-yards out at halftime against the Las Vegas Raiders. Needless to say, leg strength isn’t a concern. Nor is confidence now that Wright has proven he can kick at a high level in this league.

“The experience of kicking in the NFL is the biggest thing.”

Wright will sub in for Chris Boswell this weekend. Boswell will miss his second game with a groin injury and could be out beyond Week 10. An IR stint is certainly possible; Wright being signed off the Chiefs’ practice squad means he’ll be on the Steelers’ roster for the next three games. Going from Boz to Wright is a downgrade but Wright has transformed his game since 2019 and his second stint with the Steelers should be far more fruitful this time around.