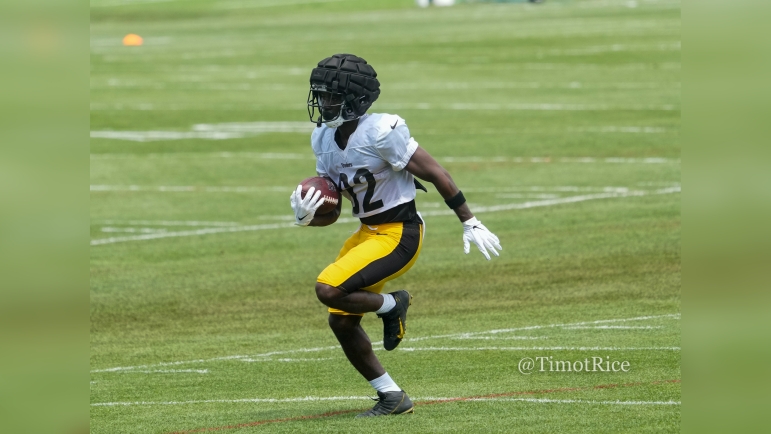 Mike Tomlin knows Steven Sims is a threat with the football in his hands. After Chase Claypool’s trade, Sims is going to see the ball a lot more. Speaking during his weekly Tuesday press conference, Tomlin was asked to evaluate what Sims can offer the Steelers.

“He’s been a guy that’s made some plays when given an opportunity when available,” he said via the team’s YouTube channel. “He’s electric with the ball in his hands. He flipped the field on us a a few weeks ago in the kick game. And so we’re excited about giving them a continued exposure to see if that continues.”

Of course, Tomlin is referring to the Steelers’ Week 6 win over the Tampa Bay Buccaneers of which Sims played a key role. He returned the opening second half kickoff 89 yards, the team’s longest return since 2017, and setting up a field goal drive in a narrow two-point win. Sims also chipped in a 24-yard punt return later in the game, again giving Pittsburgh some desperately needed field position.

Though sample sizes are small, he’s averaging a healthy 29.7 yards per kick return and 8.9 per punt. Always a playmaking returner, Sims has great change-of-direction ability and in running style alone, has an Antonio Brown type of motion to his game. Sims earned his NFL roster spot as a rookie thanks to his return ability with a 91-yard score his rookie year.

With Claypool dealt to Chicago, Sims is expected to become the Steelers’ new starting slot receiver. While a much different body type than Claypool, Sims can be an asset in the receiver-run game. With Washington, he took this jet run 65 yards for a touchdown against the New England Patriots.

Sims was even more involved in the Steelers’ offense during Claypool’s final game, perhaps an indication the team was ready to make a move. Sims played a season-high 11 offensive snaps with three targets and two carries over that span, making a splash play with a first down run.

With Diontae Johnson, George Pickens, Pat Freiermuth, and a run game the Steelers would like to get going, Sims won’t have a large role in Pittsburgh’s offense. But he’s the type of player who only needs a couple of touches to make a big play. One creases, one missed tackle, and he’s someone off to the races. To improve their offensive output, the Steelers must generate big plays and Sims is capable of providing them.