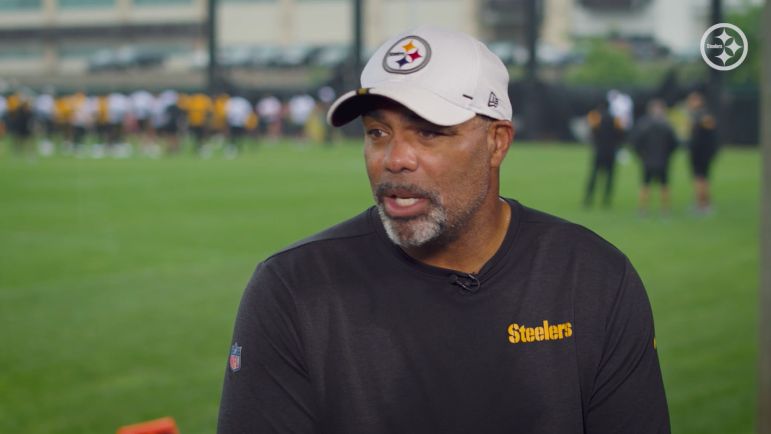 When the Pittsburgh Steelers traded for CB William Jackson III, the made the move planning to get him on the field as soon as possible to see if the veteran still has some gas left in the tank.

It was made known after the 2016 NFL Draft that the Pittsburgh Steelers wanted to draft Jackson out of Houston, but they lost out to the division rival Cincinnati Bengals who picked him one spot before them, causing Pittsburgh to panic and opt to draft eventual bust Artie Burns out of Miami.

DC Teryl Austin got to work with Jackson back in 2018 when he was the Bengals defensive coordinator, knowing what Jackson brings to the table.

“He’s really good when he’s healthy,” Austin said about William Jackson III to the media on Wednesday after practice on video from Steelers.com. “He’s really an outstanding cover man. He’s got length, he’s got speed, you know, he gets football. So, we got to get him up to speed here in terms of what we’re doing, and then we’re going to move forward.”

The Steelers traded for Jackson at an opportune time as the team is on a bye this weekend and won’t return to action until November 13 when they play the New Orleans Saints, giving Jackson just under two weeks to pick up the playbook and get some run in practice with the first-team defense before having to take the field with his new team.

It was also mentioned that it is Pittsburgh’s intention to start Jackson at CB after the bye week if he proves to be ready to play. He took part in practice on Wednesday, giving him at least a taste before the players are off until mandatory practice picks up again next week Monday.

Teryl Austin was also asked about if he thinks if William Jackson III is a better fit in their defensive system than he was in Washington to which he mentioned that he can’t speak about another team but feels as if he will be right at home in Pittsburgh.

“I don’t know what they’re doing in Washington,” Austin continued. “All I know is what we do here, and we feel that he fits what we’re going be doing here.”

It was mentioned by Jackson’s former HC Ron Rivera that they made a mistake when evaluating Jackson from a scheme fit perspective, thinking that he could fit their zone-heavy system when Jackson has traditionally been a man cover cornerback. While Pittsburgh does run more man coverage that the Commanders, the difference is only slight with Pittsburgh fifth in the league with 39.2% of their coverage looks in man coverage compared to the Commanders ranking tied for ninth in the league at 33.1% according to Sports Info Solutions. However, Pittsburgh has played in man coverage over 50% of their coverage snaps in three of their five games this season while the Commanders have never reached that threshold in a single game this season.

Given how much Steelers CB Ahkello Witherspoon has struggled this season, Pittsburgh’s affinity for Jackson back in 2016 when he came out of college, and Austin’s exposure to Jackson during their time together in Cincinnati, it makes sense why Pittsburgh went out and acquired Jackson for basically nothing to at least see what he has left in the tank. He has been dealing with a back injury and has had his fair share of injuries since entering the league in 2016, missing his entire rookie year with a torn pectoral and has played a full season just once in his NFL career. However, it sounds like Jackson’s back ailment is behind him as he now looks to remake his image in Pittsburgh with the Steelers.