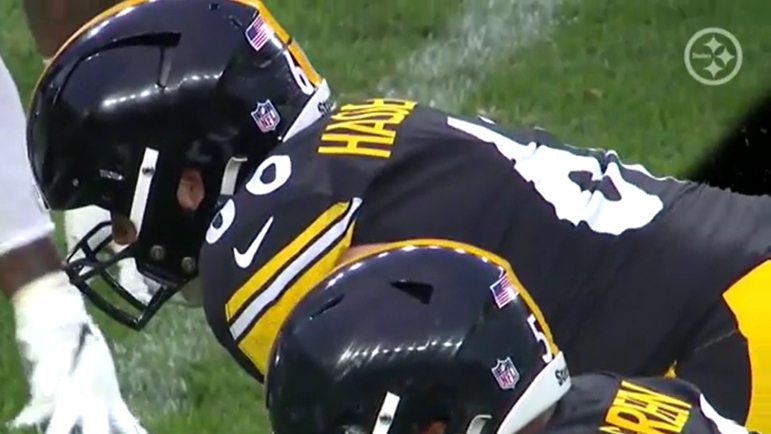 J.C. Hassenauer has been ready as the next man up all season. Sunday, that plan was put into action. Filling in for an injured Mason Cole for more than a half of action, Hassenauer held his own in the Pittsburgh Steelers’ 37-30 defeat. Speaking to reporters Monday, he described the difficulty of preparing to be a starter without seeing starting reps.

“The hardest part about being a backup is you have to prepare as if you’re the starter that week,” he said as tweeted by The Trib’s Chris Adamski.

JC Hassenauer on his role as a backup interior lineman, a day after playing more than half vs the Bengals at center pic.twitter.com/BILYqJ11F7

Hassenauer has served as backup interior swing lineman since joining the Steelers in 2019, bouncing on and off the team’s practice squad initially before finding more stable ground on the 53 the past two seasons. Sunday’s game against the Bengals were his most significant snaps of the season, logging 41 on offense. Prior to that point, he had notched just five on the year, four in the opener and one against Tampa Bay.

But Hassenauer is a smart and versatile player who has been with the Steelers for several years. Last season, he took over as the team’s starting center late in the year, replacing the injured and ineffective Kendrick Green. Hassenauer lacks any elite physical or athletic traits. Undersized with average to below athleticism, he wins with solid technique and preparation, things that serve him well to be the team’s backup. Watching the game live yesterday, he held his own and didn’t make any obvious mistakes.

“The hardest part is you have to get all the mental preparation done. You might go in, you might not. Every week you just gotta prepare as if you have to go in.”

Cole is reportedly in a walking boot and has battled a foot injury all season long, gutting it out with lots of tape and a ton of heart. But if he has to miss an extended period of time, Hassenauer will benefit from seeing starting reps in practice as opposed to getting backup duty. Of course, if Cole returns to action, Hassenauer knows he’ll be just one snap away from going back in. Based on what he’s shown so far, he’ll be ready.