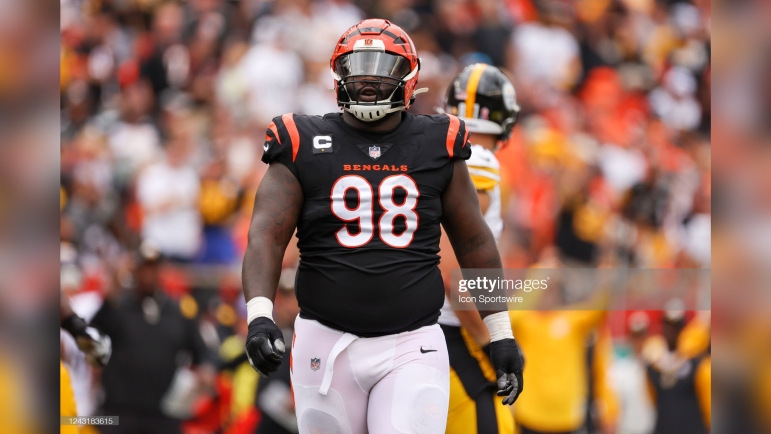 The Pittsburgh Steelers are coming off of their best performance as a rushing offense in a while—certainly the best this season. They rushed for over 200 yards on the ground as a team and found a variety of ways to do it, including a multi-headed backfield, quarterback scrambles, wide receiver jet sweeps, and even fullback dives.

That showing, however, came against the New Orleans Saints, who rank in the bottom 10 in run defense this season. They have a tougher task ahead this week against the Cincinnati Bengals, and it might get even more difficult as the week progresses.

That is because they are close to getting defensive tackle D.J. Reader back after he suffered a knee injury back in week three. While they only just activated his 21-day window for return from the Reserve/Injured List, head coach Zac Taylor actually said that they are “optimistic” that he can play this week.

“We’ll take it day to day once we actually get to see him practice, but I think he’s in a healthy mindset right now”, he told reporters. While it’s less common for players who have spent more than the minimum number of weeks on the Reserve/Injured List to be activated the same week their practice window opens, it does make a bit more sense in this situation.

The Bengals are just coming off of their bye week, which affects the decision to open the practice window in multiple ways. Do you want to open it perhaps a week earlier than you wanted to because you won’t be able to practice during the bye? Do you want to give your guy an extra week to get right?

It sounds like the Bengals took the latter approach, and getting him back this week would be a big boon for their defensive front, particularly against the run—just in time to try to send the Steelers’ run game back to reality.

“He is one of the best d-tackles in the NFL. It’s not just the pass rush. It’s the run downs as well”, Taylor said of Reader. “He does such a great job winning, freeing up those around him on the line of scrimmage, freeing up the backers behind him. So again, that’s a big piece if he’s able to play Sunday”.

Cincinnati has relied on rookie third-round pick Zachary Carter to shoulder much of the load in Reader’s absence, though they have also used Josh Tupou, Cameron Sample, and Jay Tufele to fill in the gaps. While that’s no knock on them, there is a clear difference in what they have been able to do in the middle with Reader in the past next to B.J. Hill.